Istituto Svizzero is pleased to announce the presence of artist Yasmine Hugonnet in the 2019 edition of BAM – Biennale Arcipelago Mediterraneo, in the framework of her residency in Palermo promoted by Istituto Svizzero.

The Swiss choreographer will participate in the festival with the project “Extensions” (masterclass & performance) and two performances.

Extensions is a dance of extended perception, which expands the frictions between the near and the far, the similar and the different. The project is based on the sharing of existing scores and instruments of composition and changes according to the places and participants. The scores are composed of previous solos, in particular the Récital des Postures (Swiss Prize for Choreographic Creation 2017), Se Sentir Vivant (2017), and group practices .

For more information on how to participate to the masterclass please click here.

Yasmine Hugonnet (1979, Lausanne/Pantin) studied at the Paris Conservatoire National Supérieur de Musique et Dance. She holds an MA degree created jointly by Codarts in Rotterdam, School of New Dance Developement in Amsterdam and Institute of the arts Arnheim. In 2006 she won a residency in Ljubljana, Slovenia. She produced the trio RE-PLAY (2006) and the solo Latitudes de Pose (2007), which were shown in numerous festivals. From 2009 to 2013 she undertook a long period of research followed by the foundation in Lausanne of her company Arts Mouvementés. Soon after she produces three solos: Le Rituel des Fausses Fleurs (2013), Le Récital des Postures (2014), La Traversée des Langues (2015). In 2016 she choreographed La Ronde/Quatuor at the Rencontres chorégraphiques Internationales de Seine-Saint-Denis Festival and at the Venice Dance Biennale. In 2017 she participated in the Festival Commun (Arsenic, Lausanne). In 2017, Yasmine Hugonnet received the Swiss Dance Award for the solo Le Récital des Postures. She is currently working with the Vidy Theatre in Lausanne where she conceived CHRONOLOGICAL/TRIO in 2018 and will produce Seven Winters in 2020.

The Arts Mouvementés Company (founded by Yasmine Hugonnet) benefits from an agreement with the canton of Vaud and the city of Lausanne, and is regularly supported by the Loterie romande, Pro Helvetia, Corodis, Ernst Göhner stiftung 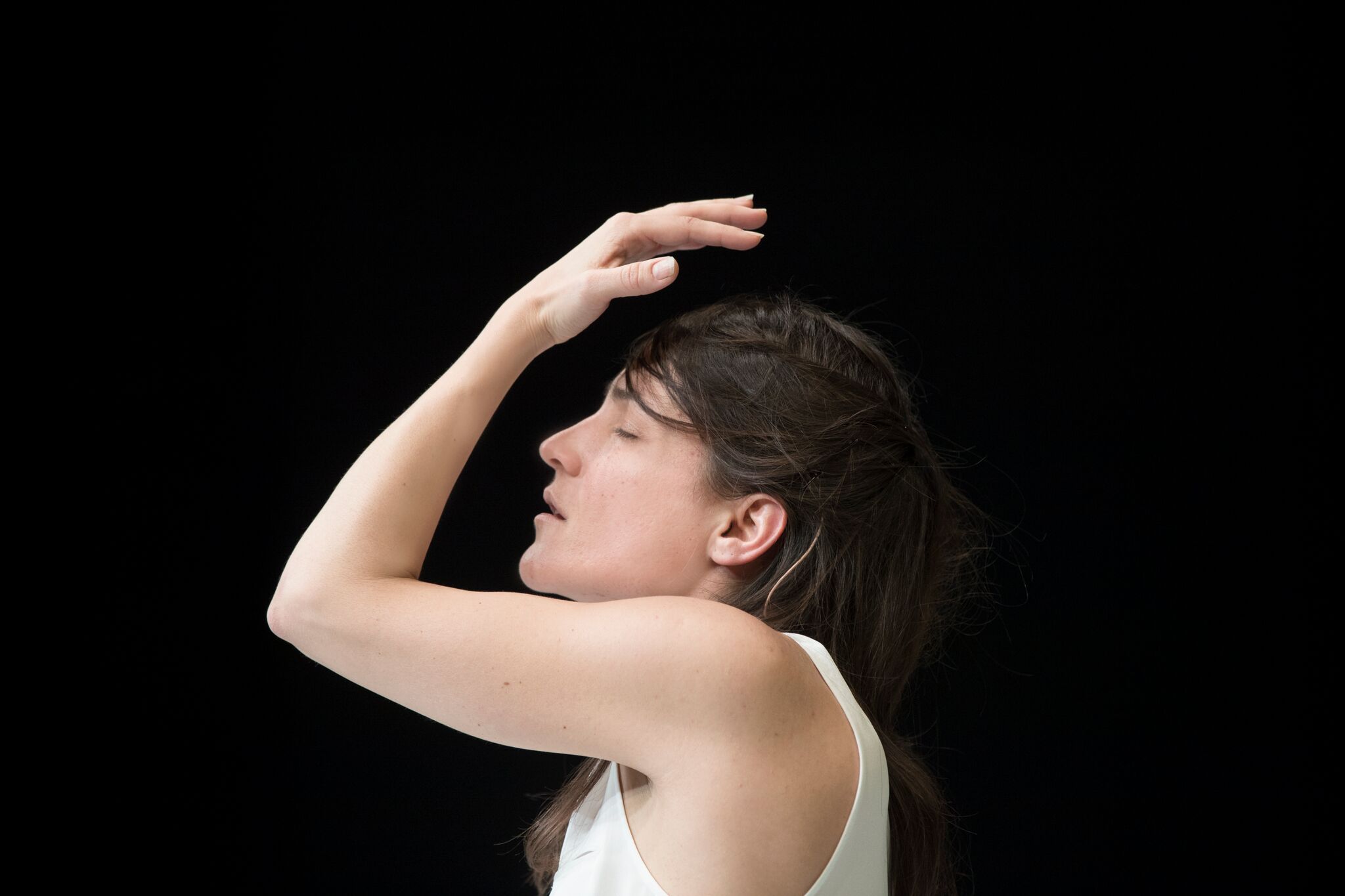 Le rituel des fausses fleurs explores processes of germination, the circulation of images. Images that juxtapose, confront each other and negotiate their resonance in the body of the performer and in the eyes of the viewer. A working process in which Yasmine Hugonnet tries to echo forms, postures and movement, in this intimate space which is born between imagination and sensation.  The creation of Le rituel des fausses fleurs began with a curiosity, an appetite for nonchalance. A joyful nonchalance that focuses its attention on every moment of the process. It is this attention to the process that enables the images to appear. A form of ritual appropriation.

“A Tragicomedy of Dissociation”

Speech has continuity in the performance and in the presence, much less through the text. The flow of speech moves from a gesture to a ventriloquist word, to a facial expression, to a breath, to a posture, to a sound, to a song, to a question… It is articulated with a very lively dynamic, activating or stopping what goes out or in…. what comes to life or goes out……..

This is the particular space of listening that belongs to ventriloquism. A voice moves without seeming to influence the subject that produces it. It comes from within and seems to be independent, to have its own body. We can listen to fleeting and passing thoughts.
Feeling alive……….
Being there, getting up, talking. Is it desire that holds us back?