A workshop in which we will collectively try to dismantle fixed identity clusters, liberate voice(s) from physical selves, dig into alternative understandings of vocal embodiment, try to abandon the myth of the neoliberal “I” – independent and whole, and make space for the fluid “me”, the collective self, in which the singular voice can safely, care- and joyfully dissolve and recollect without the fear of loss or lack. Becoming several, not for the hell of it but with the aim of practicing a lived opposition against internalized patriarchocapitalist ideology of the hermetic individual, alienated in singularity.

We are interested in thinking about how words come into being, historically, conceptually and physically.We aim at a collective writing that bounces off objects and writing that pierces and shatters said things.
We consider ways to take responsibility for our mouthed status as initiators, as body-objects, throwing linguistic suggestions at other objects that remain silent in return. While addressers name and claim, how can an addressed thing speak out otherly itself?

Most importantly, we will aim at composing a fluid “text sculpture” that we will playfully record in the space together, leaving traces expecting to be transformed and released again, within or without the exhibition. 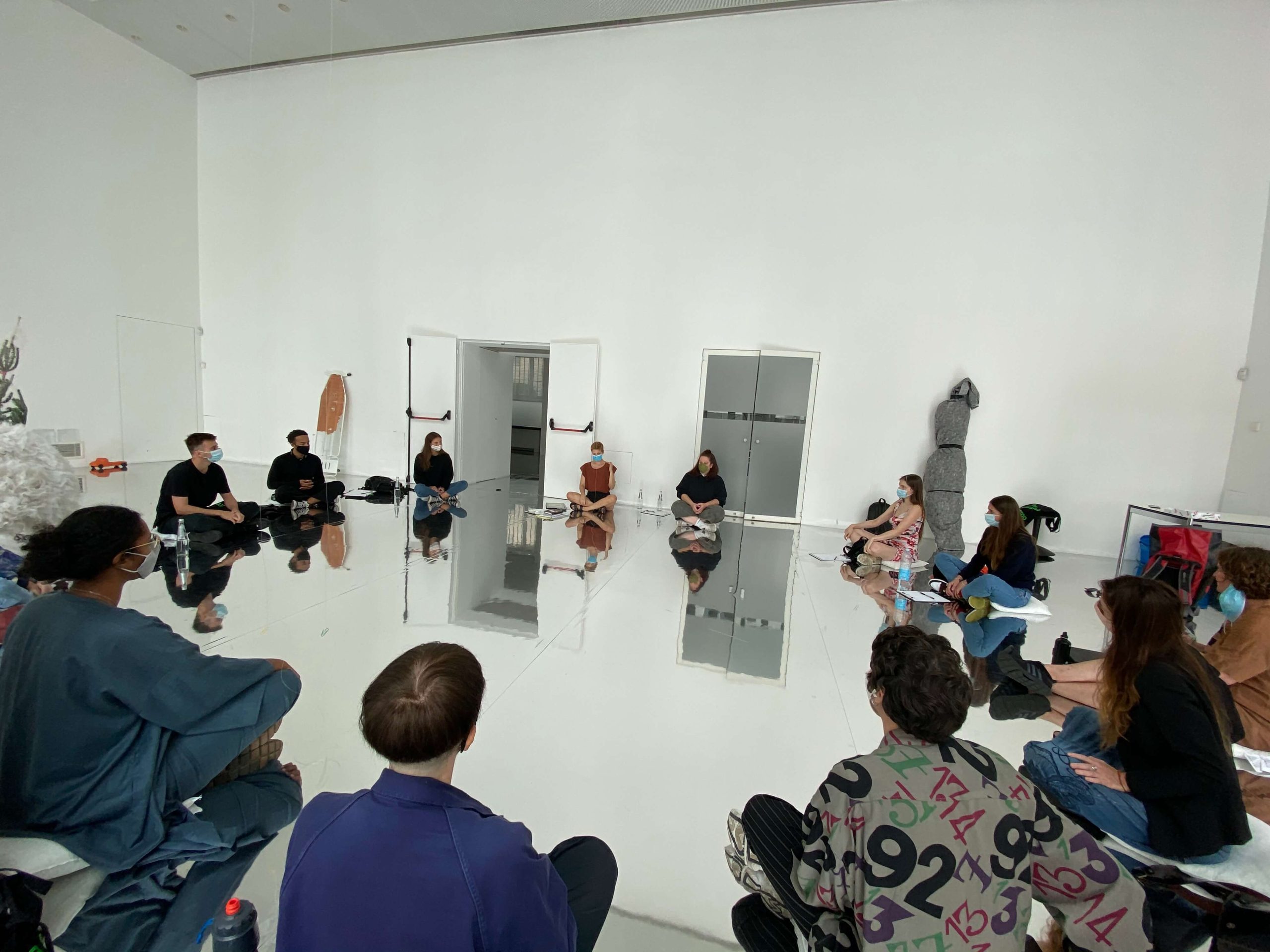 While rooted in analytical thought, the workshop will be primarily practical and involve games, exercises, a lot of spoken writing and a fair dose of cringe.

It will take place at the Swiss Institute in Milano, in the context of “UNSETTING” on Sunday September 20th.

We open at 9:30am to be ready to start at 10am and go on till 5:30 pm with the option of lingering together for longer.

Coffee and an easy vegetarian lunch (please let us know of any dietary requirements) will be offered.

Language is English, Italian and any language you bring into the space.

While it’s important to us to create a safe space that embraces failure
wholeheartedly, we’d be grateful for your consent to record and share some material (always credited) from specific moments of the workshop.

It will be held and facilitated by Sophie Jung and Elena Radice and whatever it generates might, if all agree, be broadcast as a multi-layered audio collage, or, if so desired, be held as live performance in the context of Sophie’s show “Unsetting”.

If you are interested and you would like to join us, please send us an email at milano@istitutosvizzero.it
Participation on a first come, first serve basis