Religious Orders and the Curia Romana

The event will be held in Italian and English at H17:00 at Bibliotheca Hertziana (Villino Stroganoff), via Gregoriana 22, Rome.
Free entry, register here.

I pomeriggi series
I pomeriggi at Istituto Svizzero is a series dedicated to our fellows. It is an opportunity for the public to learn more about the projects they are working on during this year’s residency.

The event is curated by Giuanna Beeli (Roma Calling 2022/2023) and kindly hosted by Bibliotheca Hertziana.

The roundtable discussion analyzes the relations between religious orders and the Curia Romana during the 17th century. It focuses on two ‘old’ (Benedictines and Cistercians) and two ‘new’ (Capuchins and Theatines) religious orders. Three case studies conducted in the context of a research project on Swiss clerics regular at the University of Bern enter into dialogue with research from the Italian context to discern both parallel developments and opposing tendencies in relation to the specific religious orders and in terms of their proximity to Rome. The exchange follows three main lines of argument: (I) the use and instrumentalization of the papacy’s symbolic resources for self-positioning in the local context, (II) institutional and personal entanglements, and (III) the potential for conflict and resulting coping strategies in the relationship with the Curia. While some religious orders sought the closest possible proximity to the papacy, others emphasized difference and did not shy away from conflicts with the Curia.
The roundtable discussion aims to uncover the logics and strategies of religious orders in their dealings with Rome, and to clarify how different attitudes towards the Curia determined the positioning of religious orders in the local context.

H17:15-17:35 – Paper 1: Lukas Camenzind, Veering Towards an Uneasy Truce. Swiss Cistercians and the Roman Curia in the 17th Century

17:35-17:55 – Paper 2: Nicolas Rogger, “Autonomy through Obedience”. Dynamics of Grace in the Swiss Capuchin Province between Communalization and Universalization 1580-1700 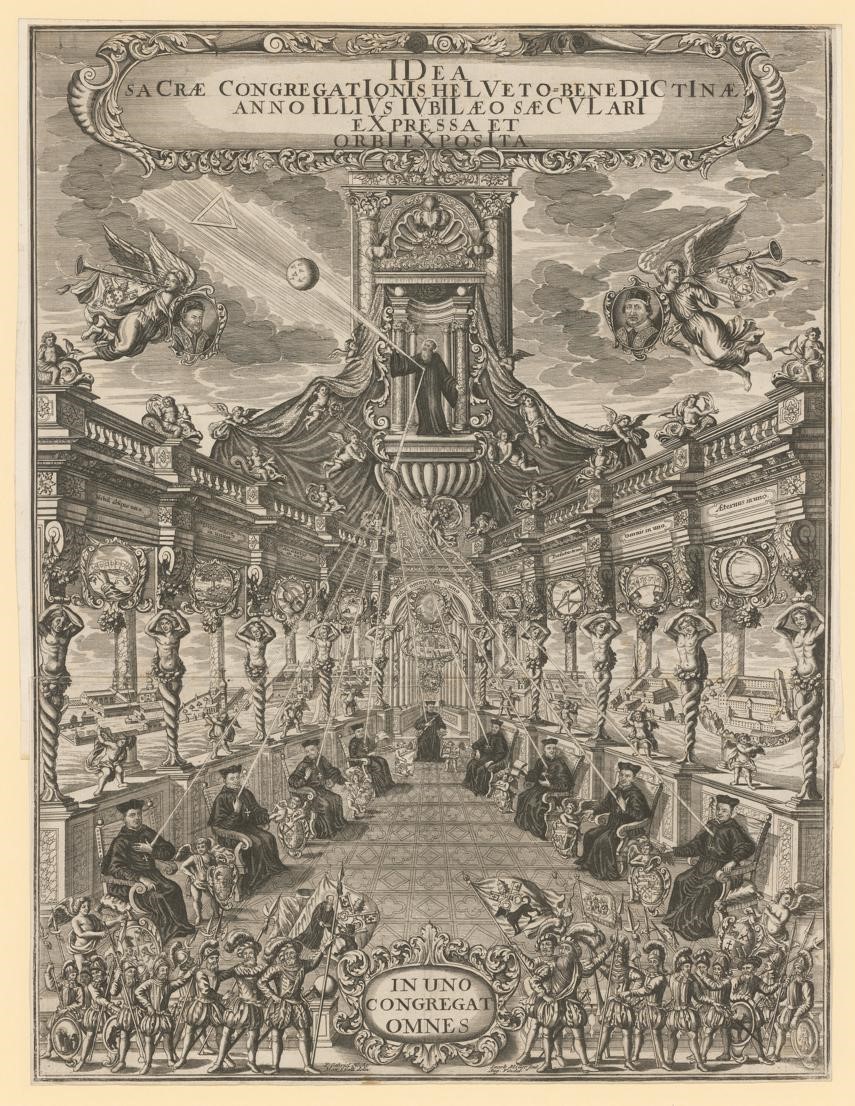 Giuanna Beeli (1994) studied history, social anthropology and Romansh at the Universities of Bern and Fribourg. As a research assistant at the Archives of the Abbey of St. Gallen, she focused on the figure of Celestino Sfondrati (1644-1696), the Benedictine prince abbot of the renowned St. Gallen monastery who received the cardinal’s hat from Pope Innocent XII in 1695. In her current thesis, funded by the SNSF, she uses Sfondrati’s kingdom to examine, from a social, cultural and political history perspective, how religious orders and religious clergy assumed important functions in early modern Catholic societies through symbolic-communicative interconnections and practices. In Rome she explores how the Roman Curia and the Tridentine reform contributed to Celestino Sfondrati’s cursus honorum. Find out more about Giuanna Beeli’s project, read her latest contribution on the blog of Istituto Svizzero on the website of the Swiss daily newspaper Le Temps.

Lukas Camenzind received a BA from the University of Fribourg and an MA in History and German studies from the University of Bern, where he also worked as a research assistant. In 2018, he submitted a Master’s thesis on the diplomatic relations between the Swiss Confederacy and the Roman Curia in the early 18th century. Since 2018, he has conducted doctoral research at the University of Bern. His current research focuses on the Cistercian monasteries of St. Urban and Wettingen, situated in modern-day Switzerland, during the 17th century. In addition to his research activities, he presently works at the City Archives of Bern.

Nicolas Rogger is a doctoral candidate in early modern history at the University of Bern. He is currently working on a doctoral thesis concerning the social position and the ‘medial functions’ of the Capuchin Order in the old Swiss Confederacy in the 17th century.

Riccarda Suitner is a researcher at the Deutsches Historisches Institut Rom (DHI) and lecturer at the Ludwig-Maximilians-Universität in Munich. She works on the history of religion and ideas between the 16th and 18th centuries, with particular reference to Italy and Germany. She is the author, among other publications, of the monograph Die philosophischen Totengespräche der Frühaufklärung, winner in 2019 of the Geisteswissessenschaften international prize and of which an Italian (ETS, 2021) and English (Brill, 2022) translation has also been published.

Andrea Vanni is Associate Professor of Modern History at the Department of Humanistic Studies, University of Roma Tre. His research interests revolve around the history of religious orders, the history of spirituality and the history of ecclesiastical institutions in the modern age. Among other things, he has published the monograph «Fare diligente inquisitione». Gian Pietro Carafa e le origini dei chierici regolari teatini and the biography Gaetano Thiene. Spirituality, Politics, Sanctity.