With the participation of Indie Mood, Italy. 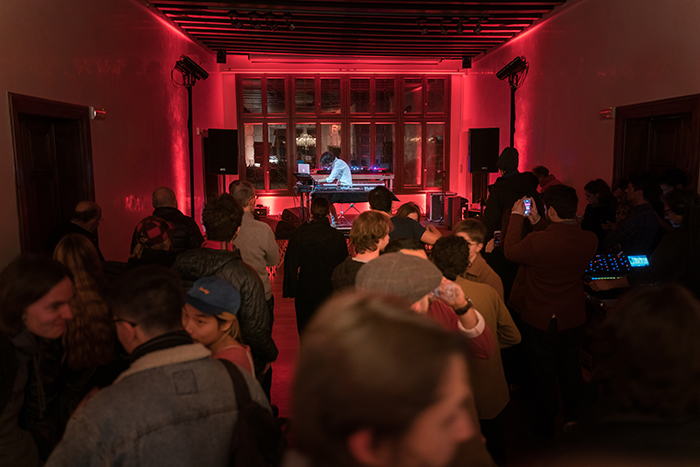 Ezio Castellano singer, author and composer was born in Milazzo in the far province of Messina and has lived in Barcelona Pozzo di Gotto until 2007.  A “reckless romantic”, he sings—with self-irony, joy and a pleasant melancholy background—of journeys of faraway lands, of lost lovers, of events from different times and anecdotes of life in the suburbs. In 2011 he founded along with Rosario Lo Monaco “La Banda del Pozzo”: the two met thanks to the common passion for swing music and the love for the myth of Buscaglione and Django Reinhardt. His predominant writing style is the “Italian style” singer-songwriter and swing is his compositional form.

Riccardo Gileno (born 1991) is a singer-songwriter from Trieste who began cultivating his passion for music to the point he achieved quite some success, with the funk group Groove O’Matic, of which he is frontman. After a series of gigs as a bass player for the Free Strangers’ Society and as a member of the Family Affair project along with his brother Lorenzo, with which Italian scene covers are re-proposed, from 2016 he took part in The Topix project, lending his voice for the album’s track “Madness of Time”, released by Epops Productions on March 31, 2017. In 2013 he began to focus on his solo project, which is currently being refined and is giving him great satisfaction. On November 10, 2017, his debut EP The Curse was released, produced with Matteo Brenci.

HØJDE was created in March 2016 by Julien Dewaele (Rennes), after several years of research and experimentation. HØJDE is the translation into Danish of the word altitude, a relationship to height gain, retreat, which makes sense in view of the experiences transcribed in these compositions. The merging of piano and electronics offers an original approach to the use of the instrument. They energize human emotions with a certain melancholy. A soothing music, comforting, bewitching to see inhabited. Like a story which is never told twice in the same way, paradoxical compositions are articulated around a precise atmosphere but leave a real space for improvisation, for letting go.
The HØJDE project takes you through ambient, downtempo, electro atmospheres; the piano is at the center of the improvisations and narrates musical stories, without words. HØJDE is recipient of the 2018 Montreux Jazz Talent Awards Solo Keys.

Pandour. After experiences DJing, Luc Bersier and Michael Francey have pushed their sound exploration a bit further through production. They have integrated another dimension to their live performances : the Fribourg based band expands as they add two guitars to their line-up. With this addition, namely Adrien Clot and Simon Mozer, the equation is complete and Pandour was created. In April 2016, they will release their highly anticipated first EP Ursa Minor (Cheptel Records): beats inspired by Deep House, are enriched with elements of Gnawa music, Jazz, Kraut and Afro funk for an enchanting result that will get you dancing.

Camilla Sparksss. For You The Wild. The title of Camilla Sparksss’ first album says it all. A storm of instinctive, primitive electronic waves, cutting rhythms and scratching vocals. She grew up in a small town surrounded by the endless Canadian forest. All the energy of that vast wilderness, the float planes, the moose and the northern lights come together in Camilla Sparksss. With her first album she toured with John Spencer Blues Explosion across Europe, an odd but purely magical combination. Clearly defining Camilla Sparksss to be an electronic solo project with all the energy and grinding sweat that bursts from any of the best rock concert. October 12th 2018 saw the release of “Quasi Cool”, a post-summer single with cuttings hypnotic synths, Egyptian beats and a witty tribute to Vanilla Ice. It is the first single of her upcoming 2019 album Brutal.