Within the context of the 2021 edition of BUFFALO, Istituto Svizzero is pleased to announce the presence of artist Yasmine Hugonnet (former resident Palermo Calling 2019) who presents La Ronde / Quatour, a complex dance revolving around the ideas of the circle as an ancestral shape, time and memory.

Registration required within the limited capacity of seats.
Click here to book your seat.

MACRO, Museum of Contemporary Art of Rome
Via Nizza 138, Rome.

It is a round dance in four bodies. They are four bodies bound by mutual gestures and ghosts. It is a round dance where faces turn around, as well as backs, movements, as a frieze of time on the surface of a vase.  In the round dance, it is the space that takes time to change a body in another body. Everyone unwinds in the body following the dance of a common body around a memory lapse.

Yasmine Hugonnet is a choreographer, dancer, and researcher, born in Montreux in Switzerland. She developed her dance language with a focus on the relation between postures, attention and imagination. Deepening her understanding of the movement, of attention, the germination of figures, the idea of postures as containers; within her processes she developed a practice of ventriloquism. From 2018, she is supported by the Théâtre de Vidy (Lausanne): she created the CHRONOLOGICAL trio, selected for a tour in Switzerland by the Fonds des Programmateurs, and presented in several venues in France, Italy and Belgium. In September 2019, she created and presented the in situ project Extensions in Bellerive Park with twelve performers from the Lausanne region. In October 2019, she began a three-month residency in Palermo as part of Istituto Svizzero residency programme Palermo Calling, at Palazzo Butera. In December 2019, she presented several projects in this context: an adaptation of the Extensions project, involving Italian dancers, as well as the solos Se Sentir Vivant and Le Rituel des. In 2019, she conceived Seven Winters, a work including seven performers, and which was performed in September in 2020 at the Théâtre de Vidy, then in Festival d’Automne in Paris (collab Atelier de Paris and CCSP), at the national stage in Besançon (co-producer and partner in the framework of the European Interreg system), and at the ADC in Geneva. In 2020, Yasmine Hugonnet was awarded the Label + Romand with her project Les Porte-Voix planned for  2022. Yasmine Hugonnet / Arts mouvementés is currently contracted with the city of Lausanne and the Canton of Vaud for a period of three years, 2020-2022. 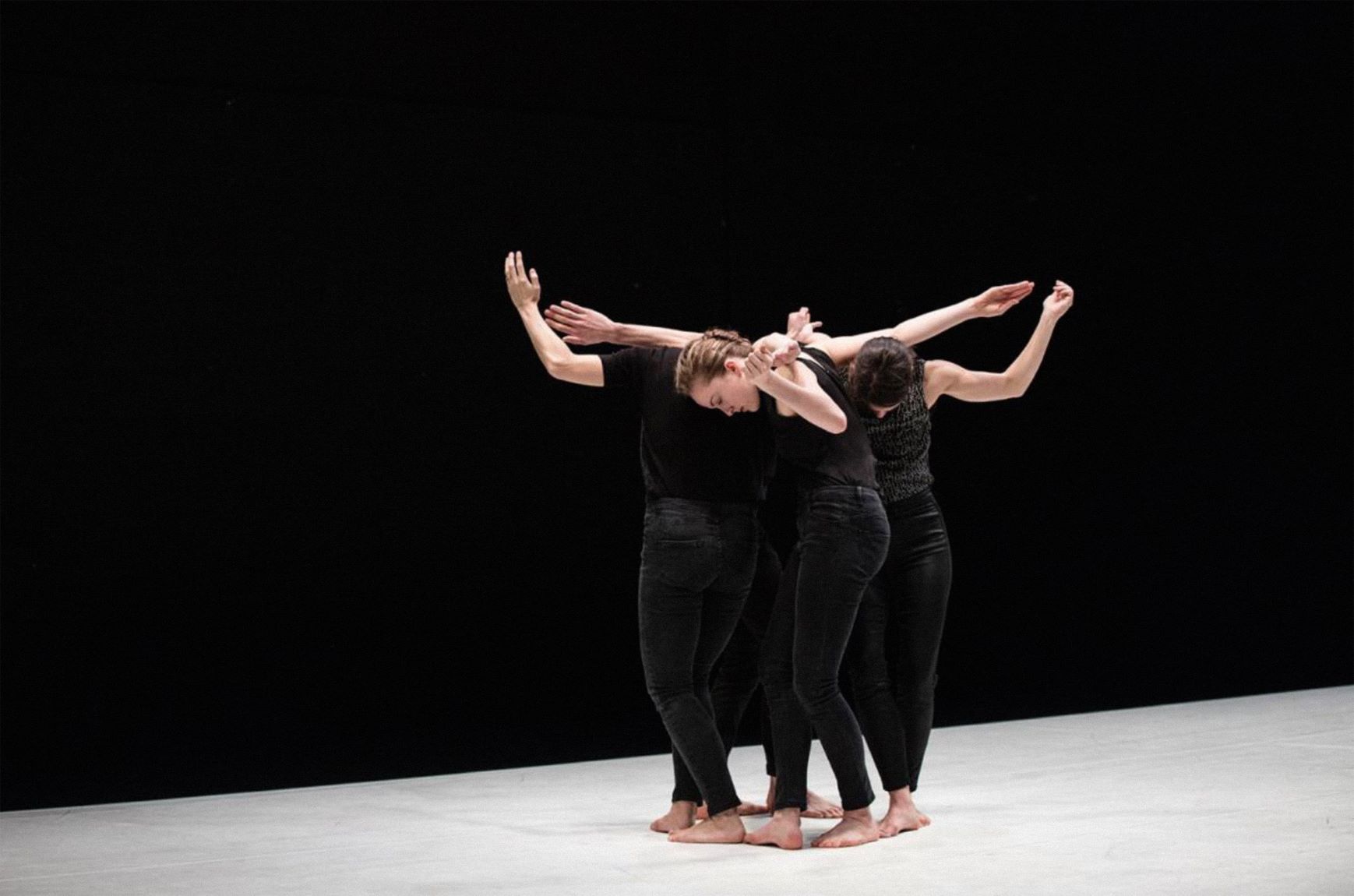 «The partition of the Round appears as a strange time piece, made of four parts of harmonies that do not follow the pace of a measure but a look for an agreement, a respiratory harmony, which binds bodies and supports mooses. The time of the round dance is not a number but a fluid, it flows of body in body as an alive material, a roll between “already and still”, a duration that lives in the transfers of the weight. A race is thrown in the front of a suspended step. A movement expires far after the arrival of the gesture. The time of the round dance is disengageable: as they go in accord or in harmony, the figures thrown in the round turn faster or more slowly than the passage of bodies during movements flow. Sometimes even, it seems to me to see them backward, as these car wheels which turn backwards in a movie. Maybe due to eye speeds. The dance, I can content with keeping an eye on it when I am looking at the spatial evolutions of a body. But I can also keep it in the eye, when my look anticipates or delays its motives, launches accelerations in the breaks, holds stages in flows, When the round dance shows me that seeing is a dance. Then she raises in the front current gestures a thick cloud of virtual movements, which I emulate or which I feign in the drunkenness of the metamorphoses; a round of Epiphanies which I dance moreover of the round which I see».