The event will take place at Bioparco di Roma in Villa Borghese, Viale del Giardino Zoologico 20. The meeting point is located in front of the entrance of the park, at H14:15. Free entry, registration required. Register here.

In his artistic practice, Martin Chramosta works between sculpture and performance. Currently in residence at Istituto Svizzero in Rome, Martin explores artificial landscapes. His research, indeed, started from the rocky scenarios of the Roman zoo, built at the beginning of the 20th century.

The event consists of a tour of the zoo ‘accompanied’ by artificial rocks, to get in touch with the structure, the architecture, the landscapes and its inhabitants. Following, drinks will be served with the possibility to explore the zoo independently until the closing of the gates.

The Roman Zoo was inaugurated in 1911. The Hamburg merchant Carl Hagenbeck designed the structure and procured the animals. At the time, the development of naturalistic fences without bars was considered something revolutionary.
The Swiss sculptor Urs Eggenschwyler, who had already contributed to the design of several zoos in Europe, was responsible for the landscape design. Known to be an eccentric character, Eggenschwyler would sometimes take a lioness on a leash for a walk in his home town in Zurich.
The structures, made of cast stone, create a highly theatrical effect and are often hollowed out inside to contain the animals’ dens. In 1930, the Municipal Museum of Zoology was integrated into the structure and, in 1933, the zoo was extended by architect Raffaele De Vico. The large aviary and the reptile house date from that time.

Martin Chramosta (1982) studied at HGK Basel. He teaches at the School of Design of Basel and is guest lecturer at the University of Applied Arts Vienna. Chramosta mainly works in the field of sculpture, drawing and performance. He has been awarded a number of prizes and scholarships including the Riehen Art Prize, the Basel Art Credit and the Pro Helvetia scholarship. In Rome he started a research for a new series of sculptures focusing on artificial landscapes that will be created in the city, as well as Italy and the Mediterranean.
Find out more about Martin Chramosta’s project, read his latest contribution on the blog of Istituto Svizzero on the website of the Swiss daily newspaper Le Temps. 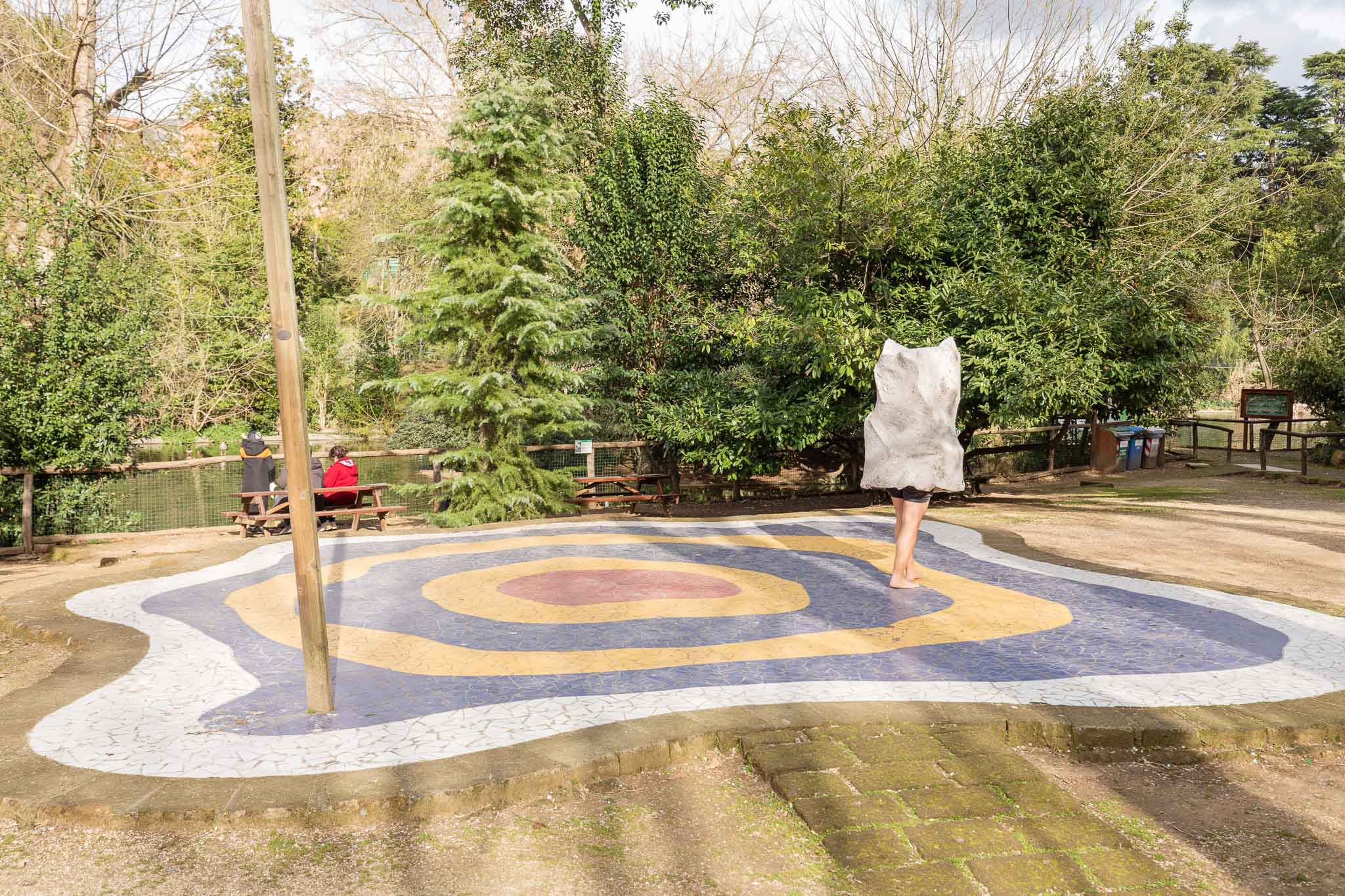