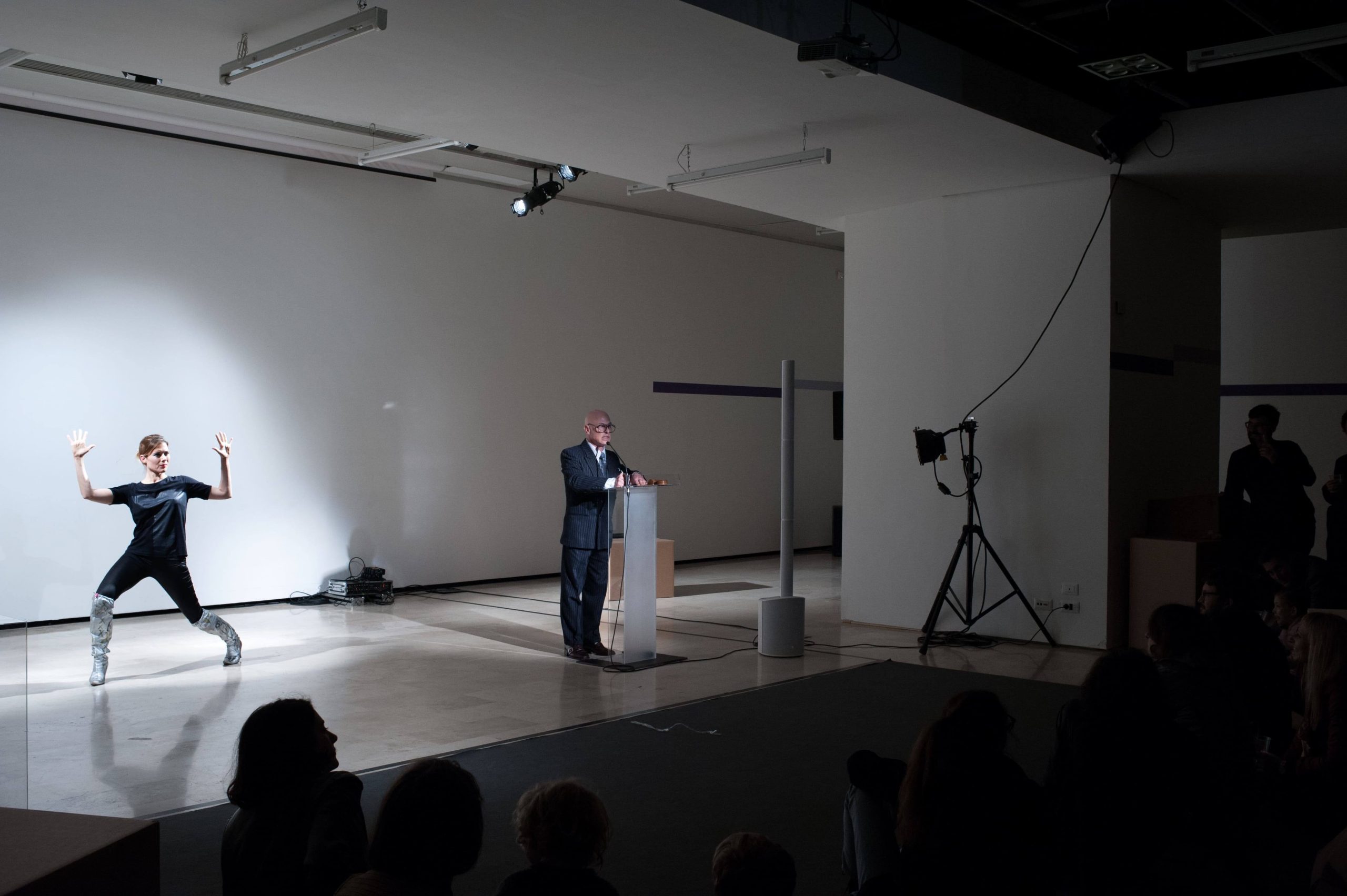 Anyway not everyone will read it (updated), 2019
ANEWRI is based on a dissociative escape, a rare psychiatric disorder characterised by total yet reversible amnesia. The patient loses all trace of his own memory and identity and can suddenly leave or wander aimlessly, recreating a new temporary identity.
The performance begins with inviting the audience to enter an indefinite and totally dark space; both the dancers and the spectators share together the feeling of darkness. The „escape“ is investigated as a physical experience, and also as a sort of „institutional criticism“ of the ongoing debate on dance and choreography without reaching though a precise identity of signs.