The event will be held in English and it will take place at H16:00, Central European Time (CET).
Please register online to participate.

The unexpectedly transgressive subject: communist women in the feminist 1970s

A double blind spot burdens the communist woman as a collective subject of twentieth century history: on the one hand, the scant consideration of women in histories of communism, on the other, the missing role of communist activists in most histories of the women’s movement. Their combined result is, in the words of Francisca de Haan, “an enormous dearth of serious scholarship on the lives of women communists and the ways in which they—as activists, scholars, parliamentarians, artists, political migrants, and much more— contributed to building a more just world”. This event aims to promote a discussion on the reasons behind this gap in historiography, gathering speakers who, in various ways, have taken up the recent effort to address it. Uniting their distinct perspectives is the insight that the communist woman does not only have something to tell about the century she inhabited, but that her views and practices can also put the present in critical light, hence contributing to its transformation.

The inspiration for this effort to not only recount, but also reclaim communist women’s trajectories today comes in part from a reading of Italian feminist Carla Lonzi (1931-1982) ‘against the grain’. In her seminal Sputiamo su Hegel [Let’s spit on Hegel], first published in 1970, Lonzi aimed to spur a consciousness-gaining process to recast women as what she termed the Soggetto Imprevisto or ‘Unexpected Subject’ of a ‘total transformation of life’. Yet, Lonzi was herself highly critical of the left and of communists in particular; thus, while conceding that ‘women are aware of the political connection that exists between Marxist-Leninist ideology and their ordeals, needs and aspirations’, she maintained that they could not accept being ‘a consequence of the revolution’, i.e., have their cause ‘subordinated to the class problem’.

If this view no doubt reflected many communists’ understanding of the ‘women’s question’, it also contributed to the stereotype of the ‘loyal party woman’ with a ‘faulty emancipatory politics’ that did much to marginalize communist women in historiography. Bringing this subject back into the picture does not only mean, however, adding nuance to a one-sided standpoint; it also means unsettling the restrictive feminist genealogy that underscores it. As Chiara Bonfiglioli has recently highlighted, many researchers are now returning to what she called the ‘red wave’ of women’s activism in the postwar decades precisely ‘to go beyond a narrative that is rooted in the developments of white, middle class, radical feminism, and to account instead for other forms of working class, socialist, and Black feminist activism’.

In a similar vein, Sara Ventroni has recently stressed the actuality of Italian communist women’s attempt to fuse communist and feminist politics through grassroots initiatives such as the Carta itinerante delle donne or “Women’s itinerant charter” of 1986/87. Spurred into common action by the Chernobyl disaster, Italian communists and feminists eventually converged on the need for establishing a ‘consciousness of the limit’ in terms of humanity’s relationship to (bio)technology. As Ventroni argues, the rediscovery of these and other questions posed by communist women ‘in visionary fashion’ still have the power to ‘dramatically interrogate our present on a planetary scale’.

It is, hence, very much with Carla Lonzi, but also in critical relationship to her, that this event will frame the communist woman as an unexpectedly transgressive subject of twentieth-century history. The title evokes, in this regard, both the transformative trajectories of communist women and an argument for their inclusion in reworked (and more plural) feminist genealogies.

The event will approach the ‘encounter’ between communism and feminism in the 1970s through three 15-minute interventions by our three speakers Chiara Bonfiglioli, Victor Strazzeri and Sara Ventroni, followed by a commentary from Francisca de Haan. The presentations and commentary are conceived as gateways to the discussion and audience participation is very much encouraged in the second half. The event will also include a reading of Sara Ventroni’s poetry (in Italian and English) as a further mode of engagement with the evening’s topic. 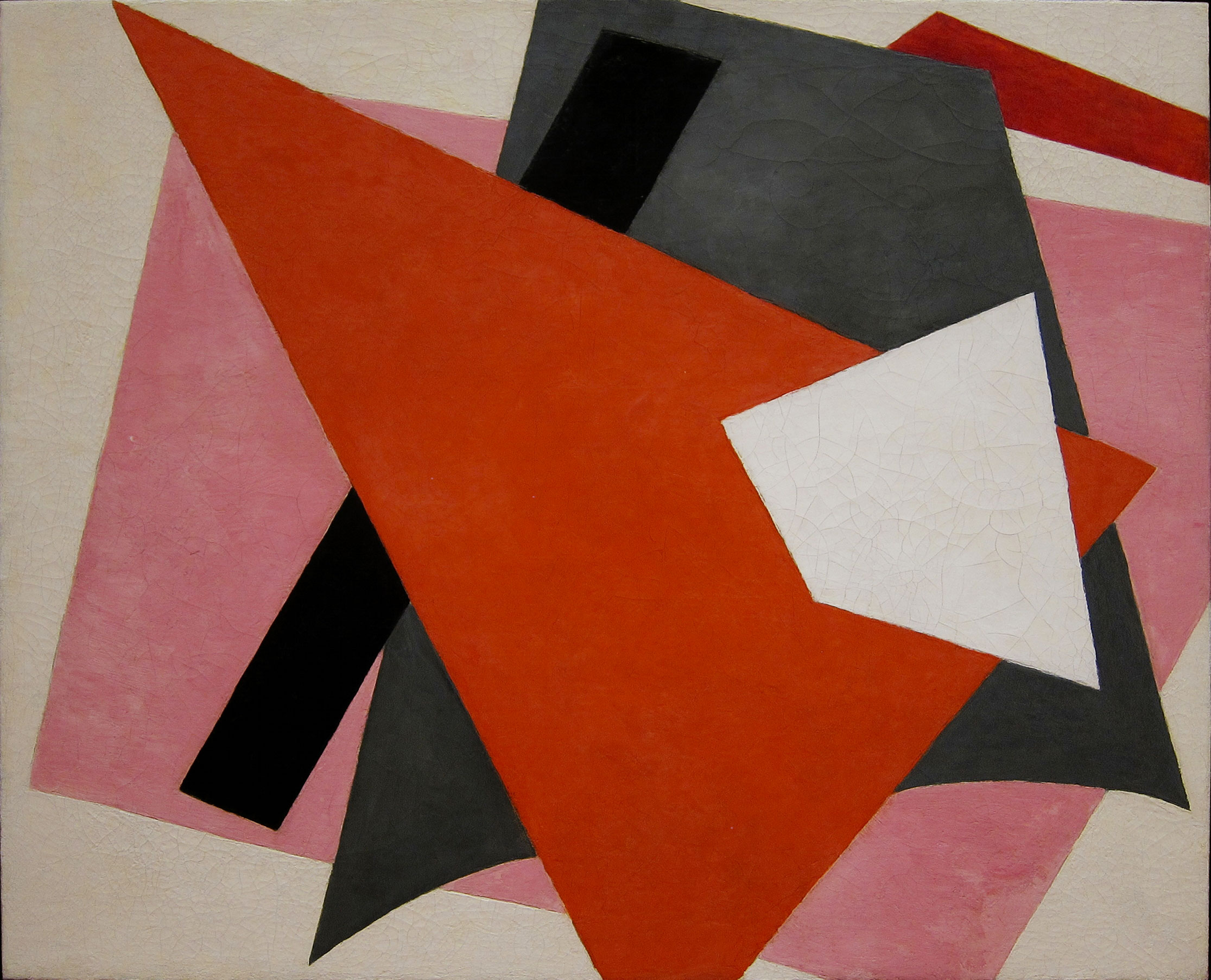 Victor Strazzeri is a Postdoctoral Fellow in History at the University of Geneva and a Roma Calling 2020/2021 Fellow. He has a BA in Social Sciences from the Pontifical University of São Paulo and an MA in Social Work from the Federal University of Rio de Janeiro. After completing his PhD in Political Science at the Freie Universität Berlin in 2017 on a DAAD Fellowship, he was a postdoctoral fellow and adjunct lecturer at the Historical Institute of the University of Bern (2017-2019). Since 2019 he has coordinated the project “Internationalization of the Historical-Critical Dictionary of Marxism” (Berlin Institute of Critical Theory/Rosa Luxemburg Foundation). A book based on his thesis titled The Young Max Weber and German Social Democracy: the ‘labour question’ and the genesis of social theory in Imperial Germany (1884-1899) is due later this year with Brill in the Historical Materialism series. While in Rome he is investigating the dialog between communists and feminists in 1970s Italy through archival sources and interviews. His research is funded by a Swiss National Science Foundation Spark Grant (2020-21).
Find out more about Victor Strazzeri’s project, read his latest contribution on the blog of Istituto Svizzero on the website of the Swiss daily newspaper Le Temps.

Francisca de Haan is Professor of Gender Studies and History at the Central European University (Vienna), where she also heads the Department of Gender Studies and is Co-Director of MATILDA (European Master in Women’s and Gender History). She obtained her PhD in history from the Erasmus University Rotterdam in 1992 and has published extensively on key figures of the women’s movement from various contexts, on international women’s organizations and on global socialist feminism. She is the founding editor of Aspasia: The International Yearbook of Central, Eastern and South Eastern European Women’s and Gender History. She is currently working on two book projects. The first is a monograph tentatively called The Women’s International Democratic Federation: A Left-Feminist Organization in the Global Cold War. The second is an edited volume on Communist women activists around the world (due in 2021).

Chiara Bonfiglioli is a Lecturer in Gender & Women’s Studies at University College Cork, where she also coordinates the one-year interdisciplinary Master in Women’s Studies. She holds a BA in Political Sciences from the University of Bologna, and an MA (2008) and PhD (2012) from the Graduate Gender Programme at the University of Utrecht. Following up on her thesis dedicated to women’s political and social activism in Cold War Italy and Yugoslavia, she has published articles on transnational networks and trajectories of feminists during the Cold War, such as “Feminist translations in a socialist context: the case of Yugoslavia” (Gender and History, 2018) and “Women’s internationalism and Yugoslav-Indian connections: from the Non-Aligned Movement to the UN Decade for Women” (Nationalities Papers, 2020). Her most recent book is titled Women and Industry in the Balkans. The Rise and Fall of the Yugoslav Textile Sector (I.B. Tauris, 2019).

Sara Ventroni is a writer, performer and researcher based in Rome. She has published the theater play Salomè (No Reply, 2005), the multifarious literary meditation Nel Gasometro (Le Lettere 2006, Napoli Prize recipient 2007; translated into German in 2016 as Im Gasometer, ed. Korrespondenzen, Wien) and the poetry collections La sommersione (Aragno, 2016; Trivio Prize 2018) and Le relazioni (Aragno, 2019). Her poetry has been translated into German, English, French, Spanish, Serbian, Croatian and Slovenian. She is among the founders of the feminist movement Se non ora quando? [If not now, when?] and is a collaborator of the Fondazione Gramsci and the Fondazione Nilde Iotti. She was an editorialist of L’Unità. She is currently a research fellow at the ILIESI (Istituto per il Lessico Intellettuale Europeo e Storia delle Idee/ Institute for the European intellectual lexicon and history of ideas), part of the CNR (Consiglio Nazionale delle Ricerche).