The Effusivity Pool proposes to experiment an interior space which materials are no longer chosen according to plastic or memorial criteria, but on physics, looking for a sustainable form of Beauty. What we want to bring into the definition of the solid and thus the physical expressivity of a building or of a interior space, are physical, thermal and climatic values, such as those of reflectance, emissivity, effusivity and conductivity.

The Effusivity Pool is thus a manifestation of a few materials chosen according to their climatic proprieties. But the choice of them is no longer made according to analogue or memorial criteria, but according to energy and climatic criteria. We put in place, according to a highly perceptible gradation, 4 materials according to their intrinsic property of effusivity, whose characteristic is to speed up or to slow down the body heat loss by conduction when the human skin is touching a material. Thus, we establish a progression from the coldest to the warmest, between a woollen floor, a wooden floor, a stone floor and a aluminium floor. The effusivity of wool, i.e. the ability to transmit heat to the environment, is low, which gives an impression of warmness by touching it. The wood will attenuate this slightly. Because the effusivity of the stone is higher, it will retrocede faster the cold to the visitors who will touch it. At the end of the gradation, we will find the aluminium, whose extreme high effusivity coefficient will communicate the coldness to the visitors touching it. 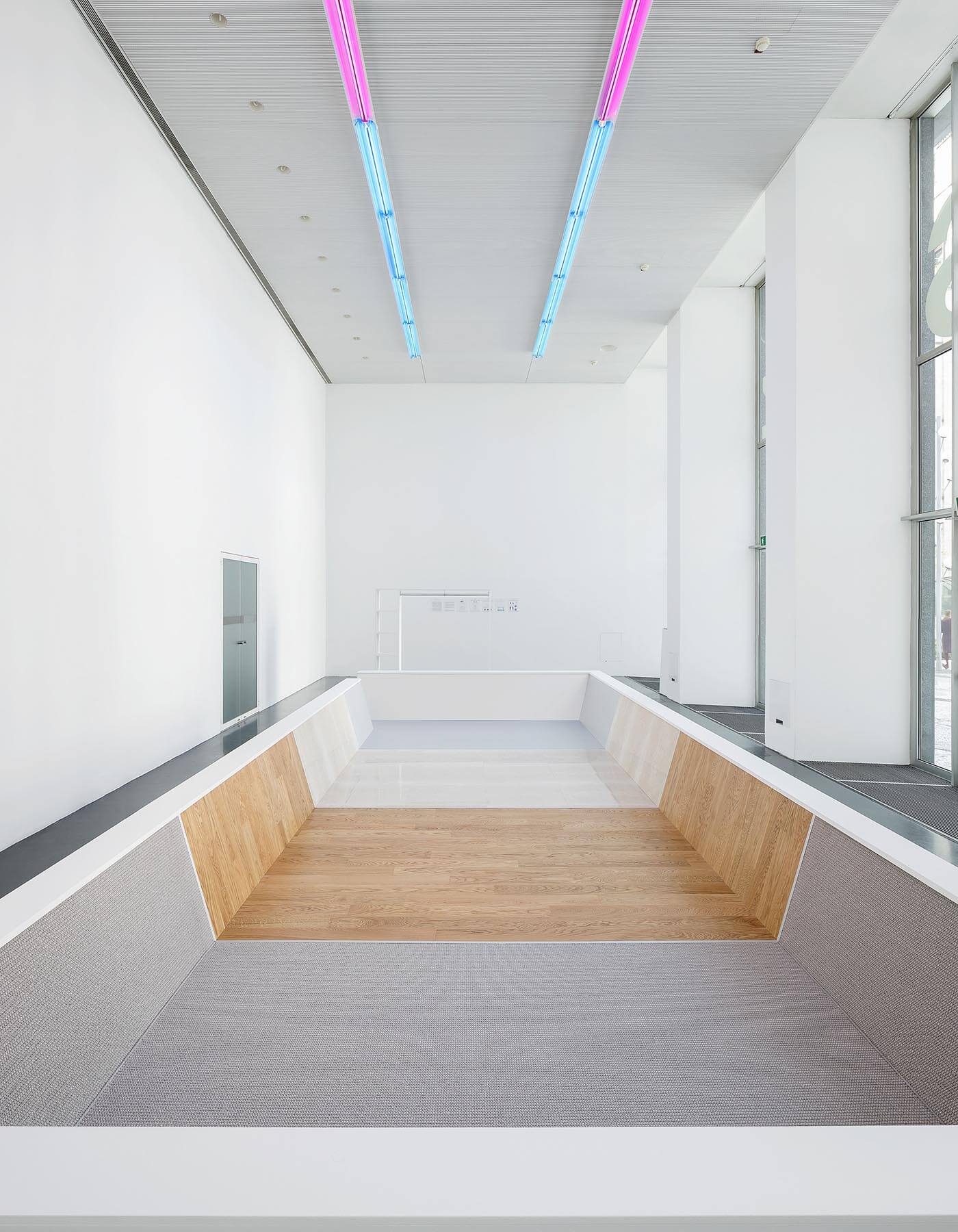 Philippe Rahm (born in 1967) is a Swiss architect, principal in the office of “Philippe Rahm architectes”, based in Paris, France. His work, which extends the field of architecture from the physiological to the meteorological, has received an international audience in the context of sustainability. He starts to teach architecture design at the GSD, Harvard University, USA, in Fall 2014. In 2002, Mr. Rahm was chosen to represent Switzerland at the 8th Architecture Biennale in Venice, and was one of the 25 Manifesto’s Architects of Aaron Betsky’s 2008 Architectural Venice Biennale. He participates in 2017 at the  Architecture Biennales of Chicago and Seoul. His recent work includes the First Prize in 2011 for the 70 hectares Taichung Gateway Park (Jade Eco Park / Central Park) in Taiwan, completed in 2018, the First Prize for the 1800 m2 Agora of the French National Radio in Paris, a 2700 m2 Exhibition architecture for the Luma Foundation in Arles, France. Monographic books include “Physiological architecture” published by Birkhaüser in 2002, “Distortions”, published by HYX in 2005, “Environ(ne)ment: Approaches for Tomorrow”, published by Skira in 2006, “Architecture météorologique” published by Archibooks in 2009 and “Constructed atmospheres” published by Postmedia, Milan, Italy, in 2014.He is nominee in 2009 for the Ordos Prize in China and in 2010 and 2008 for the International Chernikov Prize in Moscow. He has participated in a number of exhibitions worldwide (Archilab, Orléans, France 2000; SF-MoMA 2001; Centre Pompidou, Paris, 2003-2006 and 2007; Louisiana museum, Denmark, 2009; Guggenheim Museum, New-York 2010). In 2007, he had a personal exhibition at the Canadian Centre for Architecture in Montreal. Mr. Rahm was a resident at the Villa Medici in Rome (2000). He was Headmaster at the AA School in London in 2005-2006, Visiting professor at the Mendrisio Academy of Architecture in Switzerland in 2004 and 2005, at the ETH Lausanne in 2006 and 2007, at the School of Architecture of the Royal Danish Academy of Fine Arts of Copenhagen in 2009-2010, in Oslo at the AHO in 2010-2011, at Columbia University in 2016. From 2010 to 2012, he held the Jean Labatut Professorship in Princeton University, USA. He has lectured widely, including at Yale, Beijing Forum, UCLA and the ETH Zürich.