The international festival, conceived by the cultural association Iconialab, was created to explore the vast world of Extended Reality (XR) and present the uses and impact of new technologies and immersive languages on our near future.

An observatory opening new horizons through a selection of VR works from the most important international festivals.

La Comédie virtuelle and Gilles Jobin‘s live shows can be followed in praesentia at Istituto Svizzero or on streaming.

How to participate
The event at Istituto Svizzero has limited capacity: please send an email to prenotazioni@istitutosvizzero.it, stating your name, phone number, and the title and time of the event you would like to attend to as object.
To participate via stream: click this link and follow the instructions. 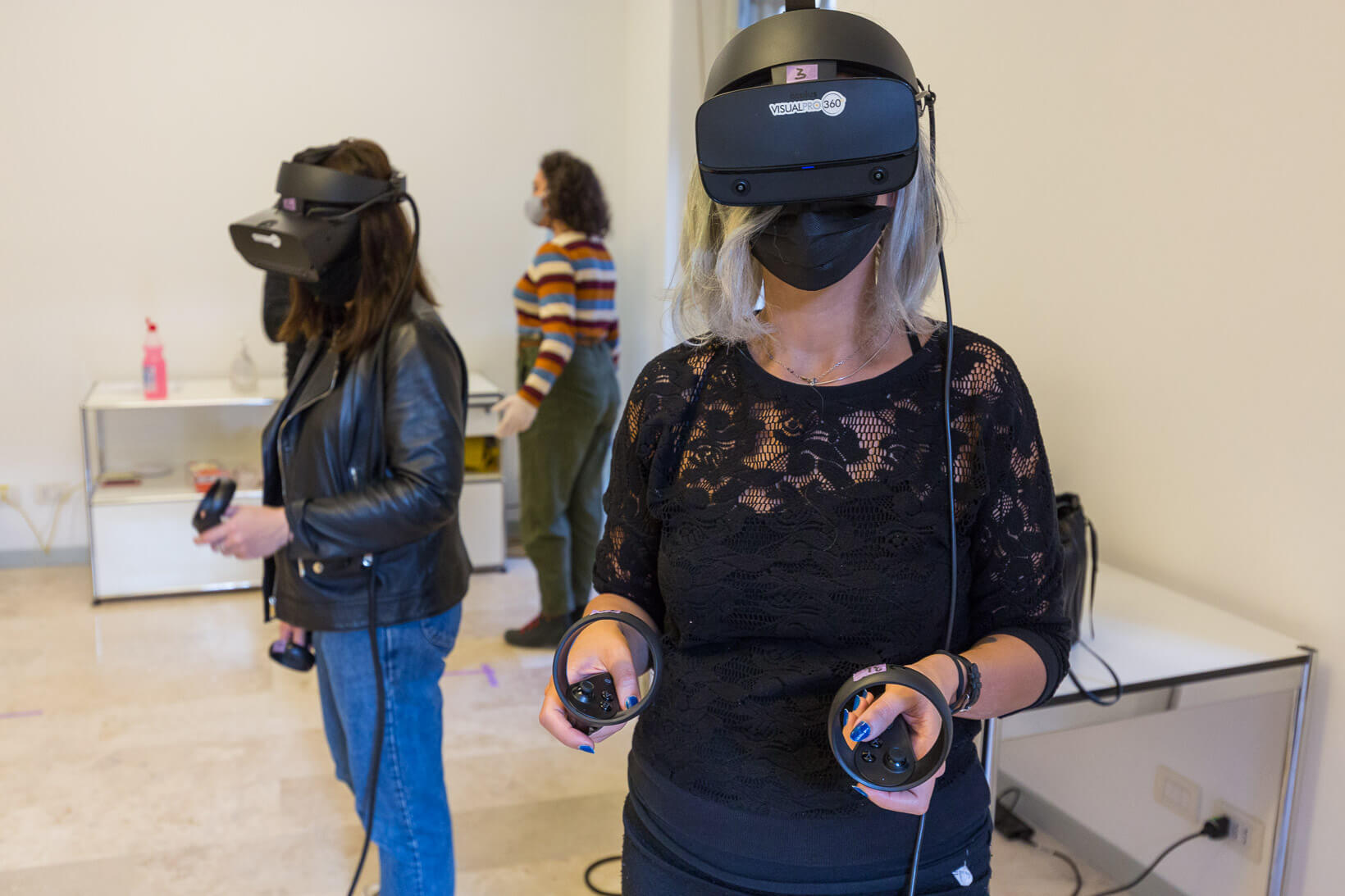 Imagine a theatre where you can sneak through corridors and venues amongst strange groups of viewers and dancers consisting of donuts with legs, giant stuffed animals, and shiny balloons… This theatre actually exists. It is called La Comédie virtuelle and it is the new project of Cie Gilles Jobin, an immersive multi-user project based on the digital modelling of the new building of la Comédie de Genève where visitors can virtually stroll and make surprising encounters.

In early September, the work has been selected for competition in the VR section of the 77th Venice International Film Festival, which was held from 2 to 12 September.

The theatre, the real one, which was meant to be inaugurated in September, is still closed, due to delays in the construction sites caused by the health situation. Hence visitors will be able to discover a thriving virtual Comédie, while the real Comédie is still under construction.

On occasion of the VR fest, visitors will be able to experience from 11:00am to 6:30pm this incredible work at Istituto Svizzero or in live stream.
The virtual Comédie is also a living theatre. During this weekend, Cie Gilles Jobin will give a live performance on both days in real time (3:00pm & 4:00pm, 4 places per slot), from the company’s studios in Geneva and will be joined by dancers from Bangalore and Sidney. The public will be able to assist this live show through the four oculus devices installed at Istituto Svizzero, or to stream it.

N.B: The oculus devices will be sanitized after every use.

Furthermore, visitors will also have the opportunity to visit the exhibition “WE HYBRIDS!“, a group show featuring artists Vanessa Billy, Chloé Delarue, Florian Germann, Gabriele Garavaglia, Dominique Koch, and Pamela Rosenkranz on view at Villa Maraini from 16.10.2020 to 31.01.2021.