The feature film will be screened at H18:30 at the Casa del Cinema in Rome, Largo Marcello Mastroianni, 1.
Register to participate here.

On stage 17-year-old Sarah gives it all. When she performs, there is an instant of suspense, a moment in which she appears to transform completely into her character. What lies behind Sarah’s radical stage presence? A dark secret she is trying to express. A claustrophobic family environment, the longing for a boyfriend, a friend, someone she can confide in. The more Sarah expresses this desire, the more she ends up alienating the people willing to get close to her. A few days in the life of an outsider and her incessant struggle to escape solitude.

«Swiss director Katharina Wyss’s debut feature, which premiered at the Venice film festival in 2017, is supremely serious about theatre and teenage life, both so often jokily dismissed» – Chris Wiegand, The Guardian

Katharina Wyss is a Swiss filmmaker. She graduated in film directing at the German Film and Television Academy Berlin DFFB, following an MA in philosophy and cinema history at the Freie Universität Berlin and ENS and Sorbonne Nouvelle Paris. Her feature film Sarah joue un loup-garou (Sarah plays a werewolf) premiered at Venice Critics Week 2017 and won several awards. Between 2019 and 2020 she taught at German Film and Television Academy Berlin (DFFB) and at ECAL/École cantonale dʼart de Lausanne. Katharina Wyssʼ filmmaking is based on an extensive research. For her new project, she spent several weeks in Moscow and Lucerne and went through mountains of documents in Swiss and German Archives. After the conclusion of the documentary investigation she carves the fictional story step by step from the collected material. 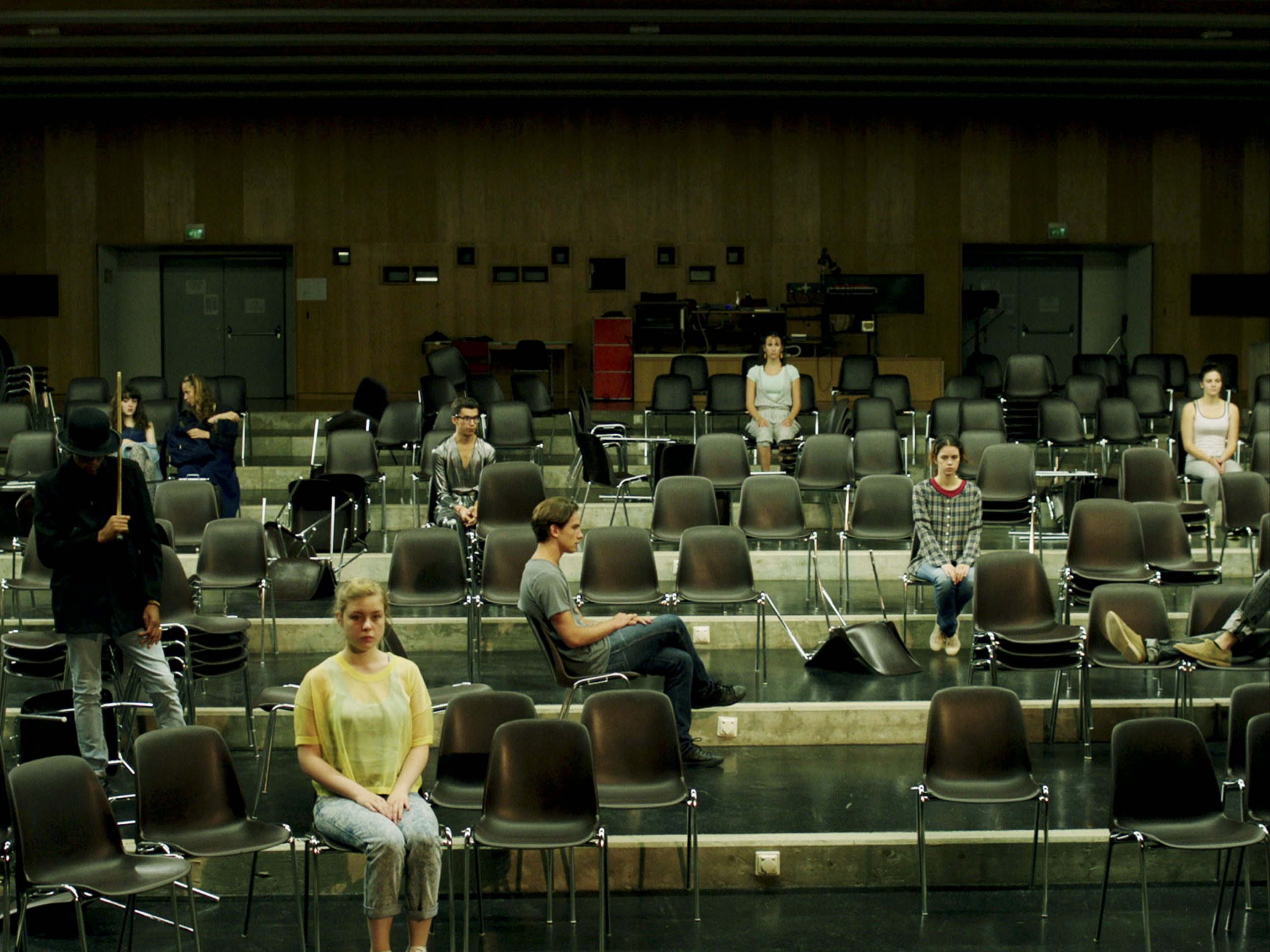