Psycho-politics of the pandemic trauma

The talk will be held in English and it will take place at H18:00, Central European Time (CET).
Please register online to participate.

In the third decade of the 21st century, a reshaping of the ‚collective Unconscious‘ is possibly underway, as an effect of the pandemic trauma. The bio-info-psycho-virus is changing irreversibly the social space, the affective expectations, and our relationship with desire. The lines of this current mutation are not yet defined, however we can guess a general direction of things: the proximity of bodies is endangered and may become problematic. Moreover, the continuous spread of suffering in the pandemic age – whether this is a medical, an economic, a social or a mental discomfort – could lead to a sort of immunisation against emotions. Illnesses such as autism and alexitymia entered the psycho-sphere as a way to internalise the refusal to feel the emotions of the others, and ultimately of the self.

At this stage, we cannot describe a linear path of mutation, but a magmatic field of possibilities. However, for the first time in the history of humans, we are going through a process of psycho-physical ageing and exhaustion.

Perhaps, as an effect of this, the human culture is slowly entering the age of extinction, which now turns into a political keyword. However, as the Unconscious is not a depository but a laboratory, the question is now: how will the ‘changing Unconscious’ find a way out from its own nightmares?

Franco Berardi is a writer and media activist. In the 1970s he founded the magazine A/traverso and was part of the autonomy movement. He has collaborated with several magazines such as Metropoli (Rome), Semiotexte (New York), Chimeres (Paris). In the last year he has published Respirare (Luca Sossella Editore) and El Umbral (Tinta Limón Ediciones). 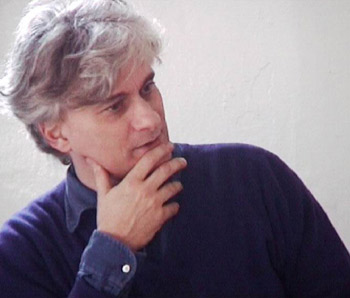