With the participation of Canedicoda.

AFTER PARTY AT LA FINE
from H22:00 till late 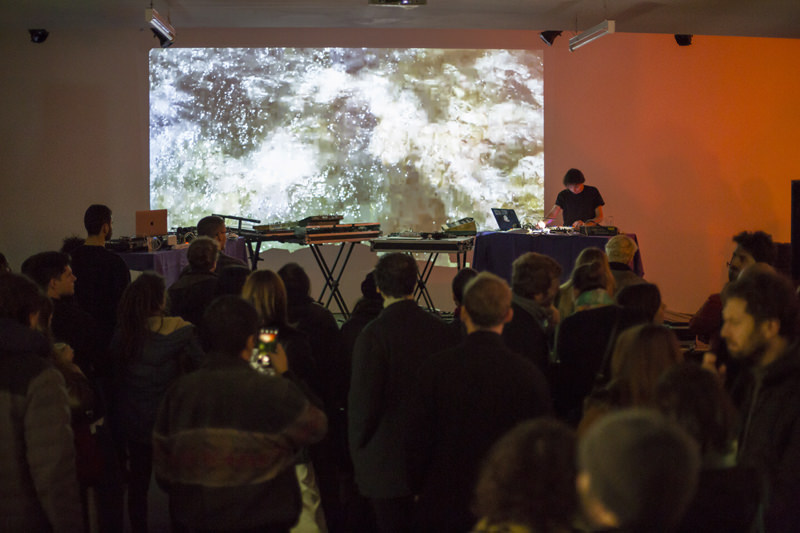 Mike Cooper is a British musician based in Rome. For the past 40 years he has been an international musical explorer, performing and recording solo, and in a number of groups and a variety of genres. Initially a folk-blues guitarist and singer songwriter, his work has diversified to include improvised and electronic music, live music for silent films, radio art, and sound installations. He is also a music journalist, writing features for magazines, in particular on Pacific music and musicians, a visual artist, film and video maker, collector of Hawaiian shirts. His work appears on more than 60 records to date.

MAI MAI MAI. Since his childhood, he followed his parents around Europe and the Near East, assimilating the different cultures, atmospheres and sonorities of the places he was involuntarily taken to. This project is the transposition of those experiences into music and sounds: a mix of drone and ambient, steamy rhythmics, field recordings and sound-scapes.

NO=FI Recordings is an independent label based in Rome, Italy.
We put out vinyls and tapes. We like to release a lot of different music genres and bands/musicians. The attitude is what we care about. We are mostly focused on local musicians and artists, based in the so called “Roma Est”.

Ous is a new label based in Zurich and Milano for wonderfully crafted, electronic music ranging from electronica, over bass-infected beats and deconstructed techno to experimental pop.
The first infectious release came from Swiss veteran producer Bit-Tuner in December 2015. The new year will bring the vicious debut LP by IOKOI, an ablum by tortuous electronic producer FELDERMELDER and a delirious 7”-series with works by SENKING, Hirsch&Eigner.

Pandour. After experiences DJing, Luc Bersier and Michael Francey have pushed their sound exploration a bit further through production. They have integrated another dimension to their live performances : the Fribourg based band expands as they add two guitars to their line-up. With this addition, namely Adrien Clot and Simon Mozer, the equation is complete and Pandour was created. In April 2016, they will release their highly anticipated first EP Ursa Minor (Cheptel Records) : beats inspired by Deep House, are enriched with elements of Gnawa music, Jazz, Kraut and Afro funk for an enchanting result that will get you dancing.

Camilla Sparksss. For You The Wild. The title of Camilla Sparksss’ first album says it all. A storm of instinctive, primitive electronic waves, cutting rhythms and scratching vocals. She grew up in a small town surrounded by the endless Canadian forest. All the energy of that vast wilderness, the float planes, the moose and the northern lights come together in Camilla Sparksss. With her first album she toured with John Spencer Blues Explosion across Europe, an odd but purely magical combination. Clearly defining Camilla Sparksss to be an electronic solo project with all the energy and grinding sweat that bursts from any of the best rock concert. October 12th 2018 saw the release of “Quasi Cool”, a post-summer single with cuttings hypnotic synths, Egyptian beats and a witty tribute to Vanilla Ice. It is the first single of her upcoming 2019 album Brutal.