‘Likes’ and ‘shares’ are social media’s capital, today’s capital. One simple click is enough to express one’s own approval and, with a few words, one can spread his own opinion or discord.  Our smartphone’s glossy surfaces act as transmitters by keeping us connected with our followers.

For his exhibition « Mi piace  Commenta  Condividi, A Rhetorical Figure », Marc Bauer traces the mechanisms and rhetorical devices employed by digital communication, at a time when the world’s politics is sometimes handled on Twitter through ‘aggressive’ capital letters and where cat videos and hate speech content are spread through the same digital waves.

The works—created specifically for the exhibition in Milan (drawings, a sound installation, and a large site-specific mural)—take their cue from Marc Bauer’s study of Matteo Salvini’s Twitter communication, Interior Minister of the Italian government until September 2019.  The artist’s drawings, often in black and white and sometimes in colour, also include images of cats, in particular the Gattini con Salvini, which, according to the Lega‘s party leader, are supposed to eat the Sardine, a movement born recently and against the right-wing populism. So, cats and fish. But also, dogs and wolves: the dog from the popular Italian comic book Dylan Dog or the wolf from the online magazine Il Populista. And above these, in a large mural, lie the disquieting winged creatures of an etching by Francisco de Goya.

With « Mi piace  Commenta  Condividi, A Rhetorical Figure », the artist not only analyses the symbolic content of various animal figures but also examines, in a broader sense, the power of images and words themselves, with their political and manipulative potential: the iconography of the so-called infamous paintings with reversed portraits or people hanging upside down, images of pizzas or Madonnas as alleged insignia of Italian culture, blurred photos of boats crowded with refugees, complemented by clear words in which even statements about Christian nativity scene’s figures become populist slogans. By researching and accumulating these images and by means of their graphic realisation, Marc Bauer illustrates how digital communication and the market of ‘likes’ and ‘shares’ work: in Italy and elsewhere, in dark times—in the same way Goya’s etching can be interpreted—but not only.
In the background, instead, Bella Ciao’s refrain can be heard, today hummed in the Sardines’ chants in the Italian squares.

Working primarily in graphite and pencil and almost exclusively in monochromatic black and white, Marc Bauer (b. 1975 in Geneva, lives and works in Berlin) creates drawings that explore ideas of memory and history, both personal and collective. Often drawing from memory, he creates a world complete with fictional characters and narratives, embedding them in a familiar representation.
Marc Bauer studied at the Ecole supérieure d’art visuel in Geneva and the Rijksakademie van beeldende kunsten, in Amsterdam. His work was featured in numerous shows, including the Drawing Room (solo) in London (2019), the 21st Sydney Biennial (2018), the Centre Pompidou in Paris (2017) and the Migros Museum für Gegenwartskunst in Zurich (2016), and in many solo exhibitions, including the Kunstmuseum St. Gallen, the Centre Culturel Suisse, Paris and the FRAC Auvergne, FRAC Alsace, FRAC Provence Alpes Côte d’Azur. In February 2020, he had a solo exhibition at De La Warr Pavilion, Bexhill on Sea, UK. He is the recipient of the GASAG Art Prize 2020. The award will be presented this year for the sixth time in collaboration with the Berlinische Galerie. Marc Bauer was Fellow at Istituto Svizzero in 2005/2006.

For more information on the artist on the Prix Meret Oppenheim please visit the Swiss Art Awards website. 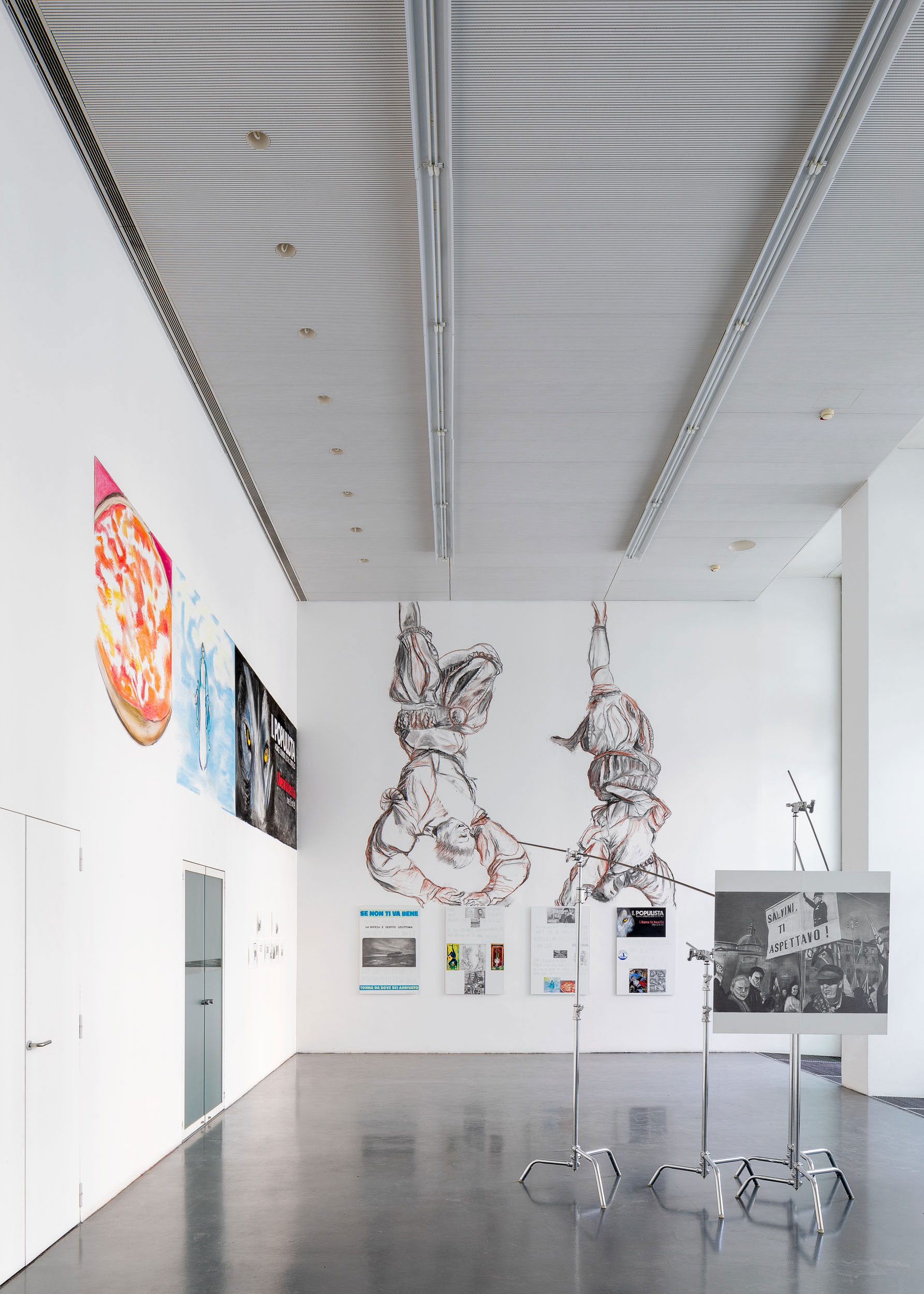