It is possible to visit the exhibition by registering at the entrance.
Free entrance.

Li Tavor and Nicolas Buzzi are interested in music, sound and architecture. Their project Talking Measures or How to Lose Track, developed especially for the exhibition spaces of the Istituto Svizzero in Milan, is nourished by this interest and makes the connections between sound, architecture and the body moving within it experienceable for the visitors.

The setting, conceived through an interdisciplinary approach by developing an alchemy of sounds, installations and sound creations, is a music installation in search of today’s significance of the multiplicity of possible ways to relate. The work deals with the relationship between space and body and the fluid boundaries of perception in relation to universally defined metric systems. While we often find ourselves in situations where relations become tangible and real through standardized measurements and their societal meaning, the installation tries to encourage other, less efficient or sturdy lines of orientation. Treating music, sound and sound waves as physical, space generating entities, the two artists create a network of spatial relations that the body, that our bodies as spectators, can follow or lose track of.
Entering the Istituto Svizzero we are surrounded by a defined acoustic space, created by eight voices, sounding from the corners of the space. While the positions of the eight sound sources define and measure the actual physical space, the human voices we hear also dissolve it again by creating a second space, which is very personal, and thus establishes an intuitive proximity. This kind of ambiguity is further improved by the presence of several objects with assigned roles. The objects either produce sound, they reflect it, or they block it, while sometimes they are given a combination. Through changing perspectives of the visitor’s bodies, the functionality of the object’s roles and their representational significance, which is communicated through their appearance, reveal the objects ambiguous identity.

On the 14.01.2022 at H18:00 a talk titled Composing Measures: Music and Architecture will be held within the framework of the exhibition, featuring Li Tavor, Nicolas Buzzi, Gaia Martino, and Salome Voegelin – moderated by Francesco Bergamo and curated by Victoria Easton. The talk will be followed by a performance with Li Tavor, Nicolas Buzzi, Harmony and Teresa Vittucci.

On the 29.01.2022 at H15:00 a workshop titled Messing Up Measures While Looking For Some Tracks will be held by Elena Radice, who will propose three guided listening sessions of the installation. 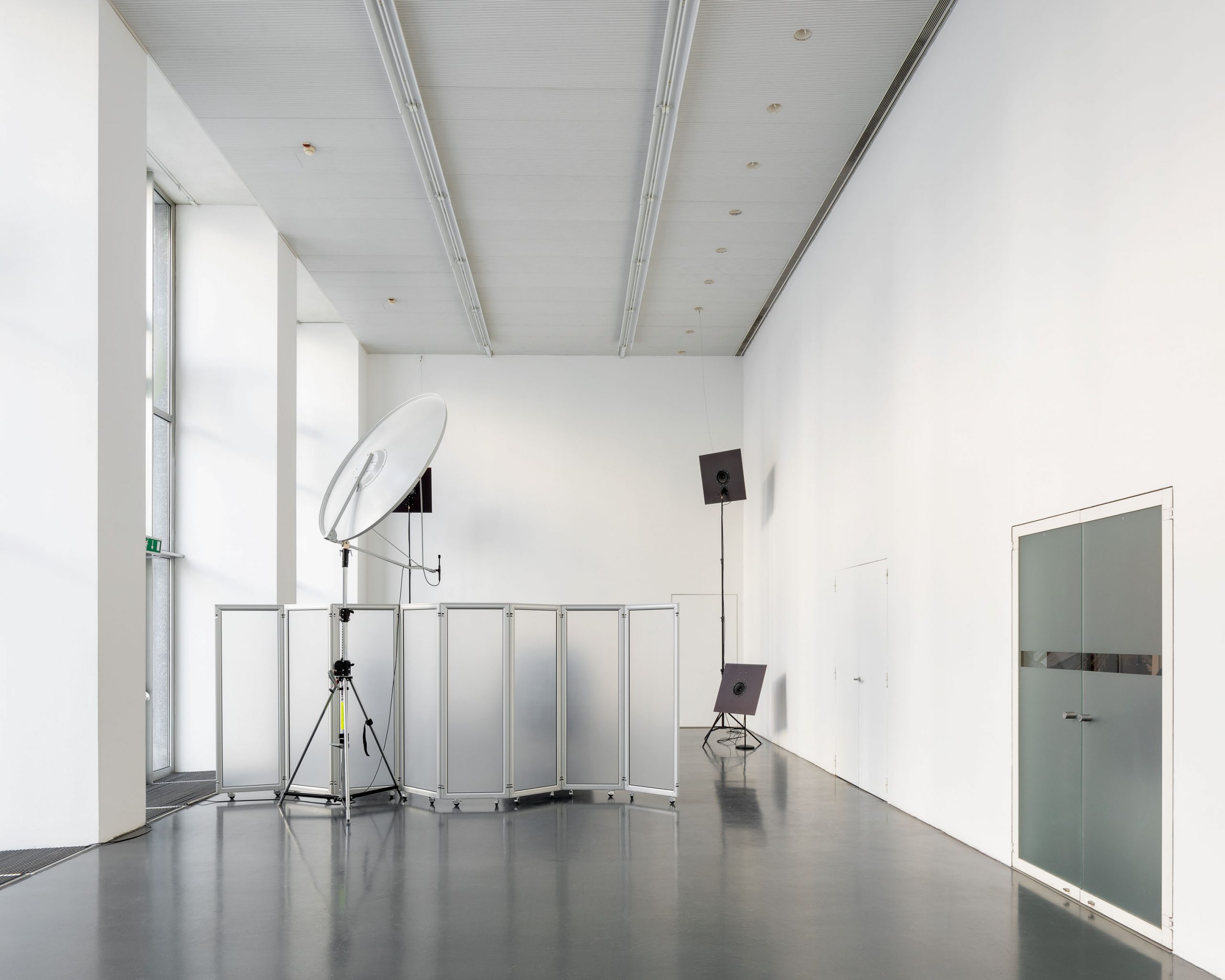 Li Tavor was born in Basel-Stadt in 1983 and currently lives and works in Zurich. She is an architect, graduated from ETH Zurich (MA), and a musician and composer, graduated from ZHdK in Zurich (MA in electroacoustic composition). Her practice includes design, compositions for ensembles, theater and film, performance, and installation.
She was working as a research assistant at the department of architecture of ETH Zurich, was a guest professor at RMIT Melbourne and currently works as a lecturer for the BA in Fine Arts at ZHdK Zurich. Together with Alessandro Bosshard, Matthew van der Ploeg and Ani Vihervaara, she was selected by the Swiss Arts Council Pro Helvetia in 2017 to curate the Swiss Pavilion at the 16th International Architecture Biennial in Venice, where their exhibition Svizzera 240: House Tour was awarded the Golden Lion for Best National Participation. Furthermore, her work was shown at Theaterspektakel Zurich, Theater Gessnerallee Zurich, NGV Melbourne, The Architecture Foundation London, CIVA Brussles, Arsenic Lausanne, Tanzquartier Vienna, Tanzfabrik Berlin, Tanzhaus Zurich, Kölnischer Kunstverein, Taylor Macklin Zurich, Kunsthaus Bregenz, Piano Nobile Geneva, Stadtgalerie Bern, Sharjah Architecture Triennial, The Swiss Art Awards, São Paulo Architecture Biennial.