Although scholars have for long denounced the silence which characterized the study of Italy’s colonial past, historical revisionism struggles to find its ways through the dominant narrative. Some spoke about the failure of Italian memory to accept its responsibility, some denounced a form of historical amnesia, and many agreed on the absence of a collective consciousness of the country’s African colonies.

Traces of Italy’s colonial past are though still very much present within Italy’s built environment, its political landscape, and its popular culture. Research on this aspect shows that there is an urgent need for more studies that would weave together African and European history, focusing on the experience of colonialism from both sides, and reconstructing the history of Italian imperialism’s legacies.

This event would like to propose a talk by Beatrice Falcucci on the Museo Coloniale di Roma, followed by a discussion on the difficulties encountered by researchers who study the material legacies of Italian colonialism.

The former Museo Coloniale in Rome and beyond: colonial collections in Italy between history and the present

The 2020 announcement of the rearrangement of the former Colonial Museum in Rome with the new name ‘Museo Italo-Africano Ilaria Alpi’ probably surprised many, who were not even aware of the existence of such museum. The Colonial Museum of Rome was created to promote an aggressive colonial agenda, which climaxed in the brutal fascist wars in Libya (1928–1931) and Ethiopia (1935–1941), operating as a propaganda tool both in Italy and abroad (through the participation in exhibitions and fairs) during and far beyond the collapse of the fascist empire and regime.

The Colonial Museum in Rome, however, was by no means the only colonial museum in Italy: through more than 90 colonial collections, in Fascist Italy the colonies came to be understood by people less as something ‘out there’, and instead they came to have a palpable, material presence all over the country.

Ilyas Azouzi received an MA in History of Art from the University of Lausanne and an MA in History and Theory of Architecture from the Bartlett School of Architecture (UCL). Since 2018, he has been studying for his PhD at University College London, where he teaches urban geography and history. His thesis focuses on the role of architectural theory in fascist colonial policy and the manipulation of urbanism during the Italian imperial expansion (1936-1943). In Rome he continues his work on interdisciplinary postcolonial research that reflects his interest for architecture, urbanism and political and intellectual history.
Find out more about Ilyas Azouzi’s project, read his latest contribution on the blog of Istituto Svizzero on the website of the Swiss daily newspaper Le Temps.

Beatrice Falcucci has earned a PhD in History of Science at the University of Florence, undertaking research about the colonial collections in Italian museums. In 2021 she was Italian Fellow at the American Academy in Rome. Currently, she is a post-doc researcher at Università dell’Aquila. She has published Il Museo Coloniale di Roma tra propaganda imperiale, oblio e riallestimento, in ‘Passato e Presente’, 2021, Bringing the Empire to the provinces: colonial museums and colonial knowledge in Fascist Italy in ‘Cahiers François Viète’, 2021, and has co-edited Africa all’acqua di rose. I diari delle missioni in cirenaica del 1928-1929 of Nello Puccioni (Polistampa, 2019). 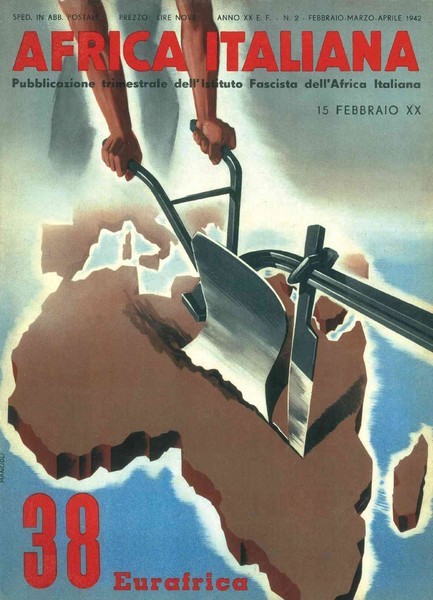