This first fall show, curated by Samuel Gross, references late artist Rémy Zaugg’s ICH, ICH SEHE DICH (I, I SEE YOU), a work from 1998. Bringing together diverse positions by eight Swiss artists of different generations, it offers various takes on the underlining thought of the work of this renown painter—primarily known as a conceptual artist—and a small glimpse on the history of painting.

Rémy Zaugg (ex-fellow Istituto Svizzero Roma, 1943-2005) presents to the public an important body of work from the late 70’s early 80’s: an installation made-up of eight paintings.
Two series of photographs—one of the two unprecedented—related to Hannah Villiger’s (ex-fellowIstituto Svizzero Roma, 1951-1997) performances at Istituto Svizzero, Rome during her stay, will be hanged in the space.
In the next room, new corpuses of paintings by artists Renée Levy (1960)and Emil Michael Klein (1982).
Julie Monot (1978), instead, will present to the Roman public a new version with further developments of a performance and sculpture.
Ramaya Tegegne (1985), first time showing in Italy, will show an important set of works related to her practice of quoting other artists.
Also showing for the first time in Italy: Yoan Mudry (1990). This young artist will re-enact his installation of works presented at Union Pacific in London.
Niels Trannois’s (1976) work will inhabit the rooms of Villa Maraini too; for this occasion, he is producing a site-specific installation.

Emil Michael Klein (1982)
born in Munich, work in Zurich.
Painter
The artist uses an intuitive approach and a formal vocabulary along with referential motifs, characteristics of the contemporary painter.

Renée Levi (1960)
born in Istanbul, works in Basel.
Painter
She believes that painting is space and, therefore, as a painter she includes architecture in her reflection.

Julie Monot (1978)
born in Lausanne, works in Lausanne.
Her education comes from theatre / make-up artist
She views the costume as a potential commune cultural reference.

Ramaya Tegegne (1985)
born in Geneva, works in Berlin and Geneva.
Multi-disciplinary artist
She considers the art world as a potential political space where her work is part of a long-engaged history of artists’ position.

Niels Trannois (1976)
born in France, work in Basel and Geneva.
Painter
He extended the painting practice to a fluid use of motifs through the exhibition space.

Hannah Villiger (1951-1997)
born in Cham, died in Auw.
Sculptor
She considers photography as an extension of sculptural practice.

Rémy Zaugg (1943-2005)
born in Courgenay, died in Basel.
Painter, philosopher
His work is based on the idea that history of painting condenses most of the elements of our European philosophy. 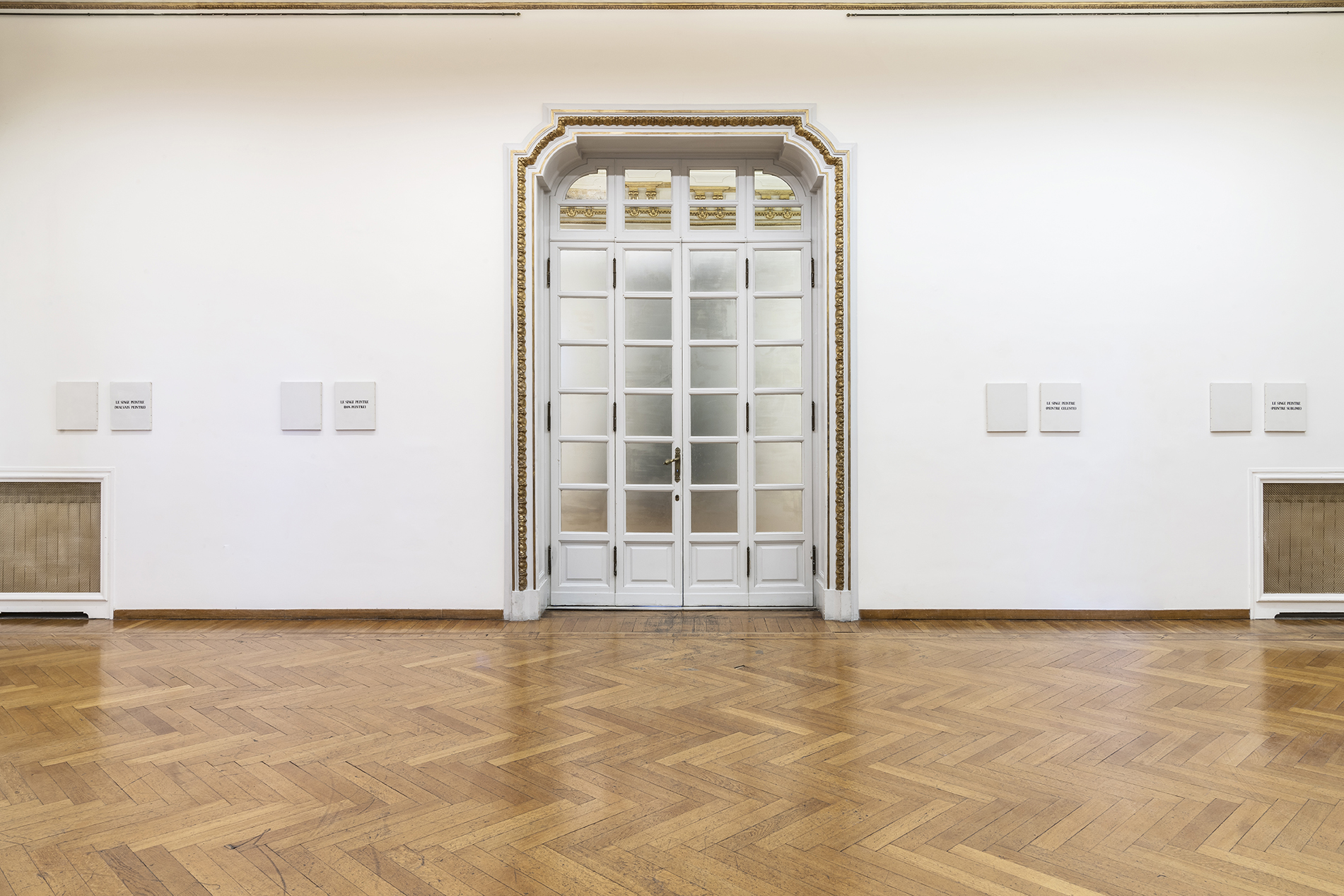