Poets around the world have always translated other poets, often without even knowing the source language. Given the poor contacts between Swiss poets from different language areas, and noting that mental barriers may be more granitic than physical ones, Babel conceived the project titled Poethreesome in 2016.

Each year, three Swiss poets translate each other into three national languages. When they do not know the source language, they rely on the mediation of interlinear versions-word for word, with notes on lexicon and prosody prepared by scholars or other poets or translators-or on a shared lingua franca. In any case, the translator and the translated always share a language, that of poetry. Poetic language knows no barriers, not even linguistic ones, that cannot be overcome. Both for writers and for readers. Translation between writers from different linguistic areas thus offers a model of mediation for approaching other people’s cultures and ways of being.

The results of this work are presented at national and international literary events and finally published in Specimen. The Babel Review of Translations.

The 2020/21 edition of Poethreesome is all-female, with three poets whose work of writing and translation intertwine almost to the point of merging: Michelle Steinbeck for German, Laura di Corcia for Italian, Rebecca Gisler, a Swiss-Romanian poet who writes in French and German. The poets will be hosted at Istituto Svizzero while they carry out the work of mutual translation. The result of their kaleidoscopic work will be presented to the public during the reading on the 08.11.2021. 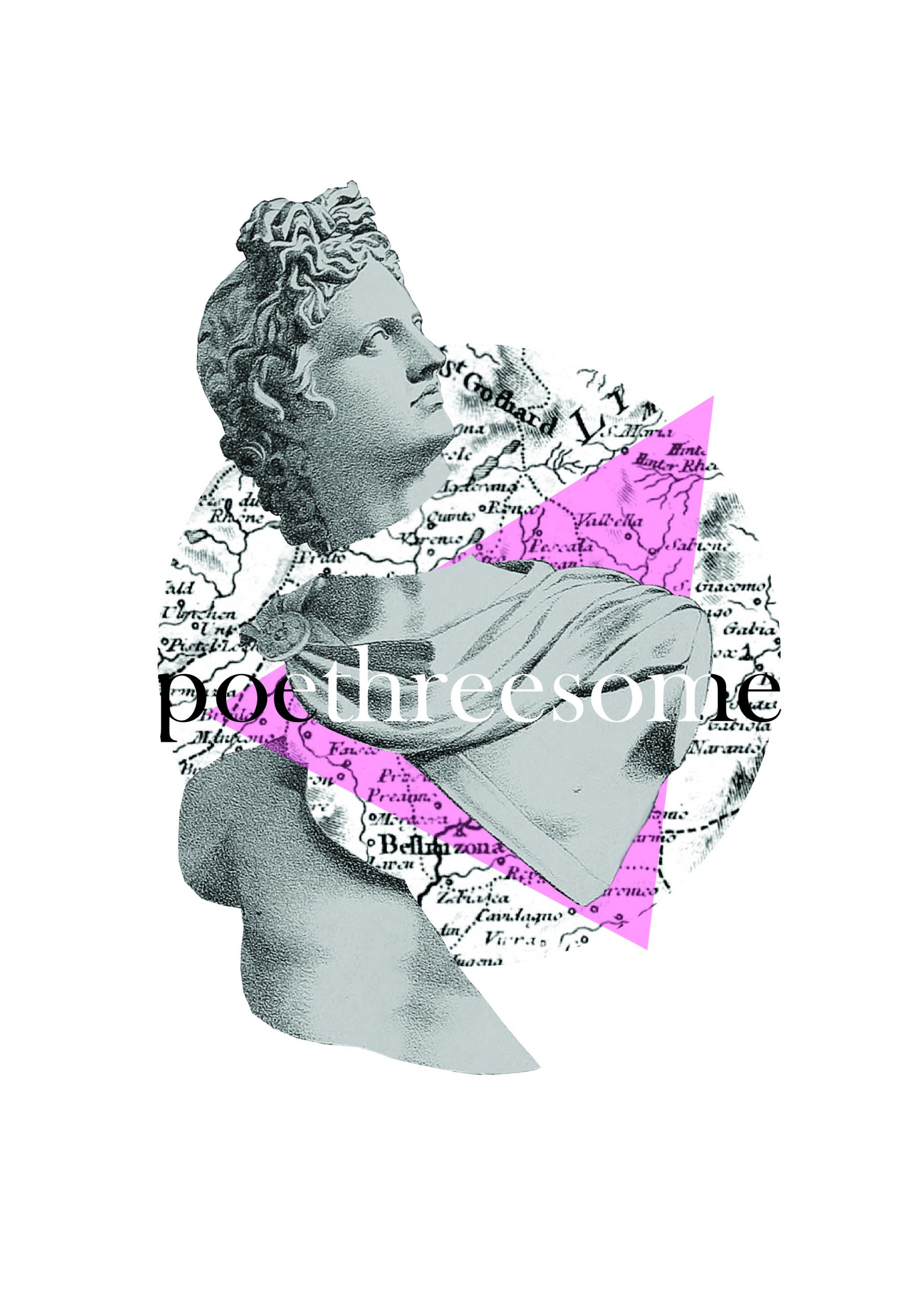 Michelle Steinbeck writes books, plays, reportage. Her works have been translated into several languages. She is editor-in-chief of the Fabrikzeitung, columnist for WOZ Die Wochenzeitung, and co-founder of the feminist writers’ collective RAUF. She is currently the in-house writer at Theater Basel. In 2017/18 she was a fellow resident at Istituto Svizzero in Rome.

Laura Di Corcia lives in Ticino, where she works as a teacher and collaborates with various newspapers and radio stations as a literary and theatrical critic, as well as a playwright. She has published the poetry collection In tutte le direzioni (LietoColle, collana Gialla-Pordenone Legge, 2018); Epica dello spreco (Milan, Dot.com Press Poetry); the critical biography Vita quasi vera di Giancarlo Majorino (Milan, La Vita Felice, 2014; Sguardi series). His poems are translated into English, French, German and Spanish. Some of his texts have been selected for an anthology of Italian poets in America edited by Professor Luigi Ballerini, soon to be published and intended for academic circuits. His new collection of poems will be published in September by the publishing house TLON, for the series Controcielo.

Rebecca Gisler, born in Zurich in 1991, is a graduate of the Swiss Institute of Literature and the Master in Création littéraire at the University of Paris 8. She writes in German and French and translates her texts from one language to another. She is co-organizer of the Teppich series at Literaturhaus Zurich. In 2020, she received the prose prize at the 28th Open Mike literary competition. In September, her first novel D’oncle will be published in French by éditions Verdier.