In the context of the exhibition Out to Lunch. Kim Seob Boninsegni, Emanuel Rossetti 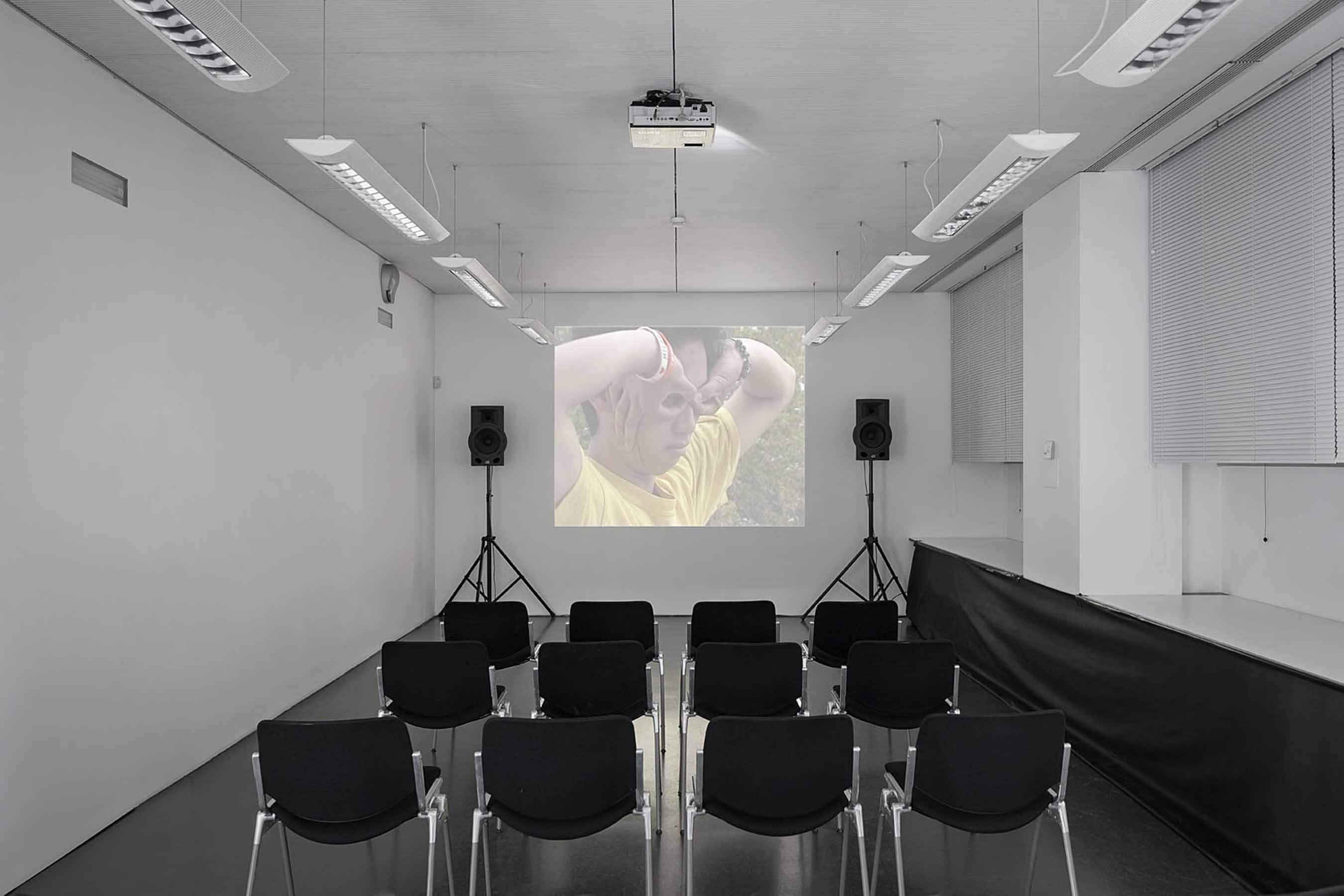 Pitch: On the terrace of a building of a simil-like Asian architecture, three young adults find themselves alone in the world.

Casa Pagoda was filmed with a camera of the late 90’s; the result is an image with a 4:3 ratio. The context and the situations are defined by the panoramic terrace overlooking the vast suburbs of Milan. The result is a narrow scene evoking a certain form of voyeurism.

The protagonists are local and of Chinese origins. The script was specifically written for them after a long casting. Their origin seems to float above them, just like the concrete architectural ornaments under which they kill their boredom.

The film offers moments of fragmentation, a hideaway of identities and troubles related to the evolution of new technologies, along with an immersive narrative in the reconstructed world of three young adults. Casa Pagoda is a contemporary fable filmed as a telenovela, the story of a desire seeking its own space.