The talk will be held in Italian at Palazzo Butera, Palermo.
Free entry, register here.
The talk can also be followed online here.

Architecture is a technical discipline, but also an expressive code capable of communicating emotions beyond the culture it belongs to. Through what mechanisms does photography reveal what is not meant to be portrayed but, on the contrary, inhabited and experienced? Two protagonists of their respective professional fields, linked by a deep esteem and an uncommon sensitivity, discuss this: Hélène Binet (photographer, London) and Maria Giuseppina Grasso Cannizzo (architect, Vittoria, Ragusa).

The recognition of 2 CFP for architects from the CNAPPC is confirmed for this initiative.

Hélène Binet is an internationally renowned Swiss and French photographer living in London. She studied photography at the European Institute of Design in Rome, the city where she spent her formative years. During more than 35 years of her career, Hélène Binet has portrayed historical and contemporary architecture, is a fervent advocate of analog photography and works exclusively with film. According to Hélène Binet, «the soul of photography is to be related to the instant». In 2007 she was named an Honorary Fellow of the Royal Institute of British Architects and in 2019 she received the Ada Louise Huxtable Prize.

Maria Giuseppina Grasso Cannizzo was born in Sicily and graduated in Architecture in Rome in 1974. Specializing in restoration, she has taught at the Faculty of Architecture in Rome until 1980, when she moved to Turin to collaborate with Fiat Engineering on a project to rebuild the historic centers of Basilicata. Since 1986 she has lived and worked as an architect in Vittoria, Ragusa. In 2009-2010 she taught at the Schools of Architecture in Palermo and Catania. Winner of numerous prizes and awards, her works have been published and exhibited in Italy and abroad. 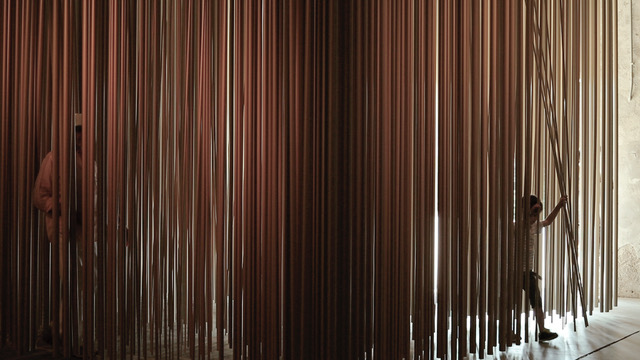